Sorry I haven't written in a while. It always happens where I become quite busy and then I remember what I used to do when I had free time. It's kind of funny when you have to schedule free time. Between the internship and getting booked for multiple shoots (two this week!) and work, I don't really have a day off. Besides this recent vacation!

But I will share with you what I have been up to lately. 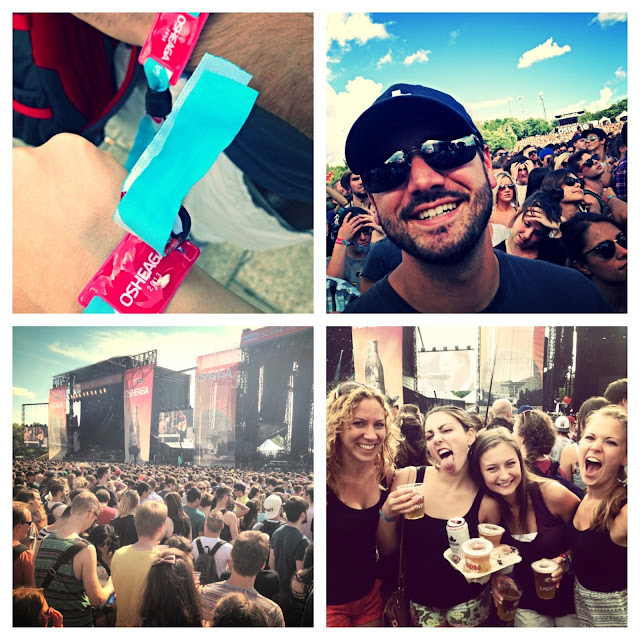 Osheaga was a blast! A group of us from good ol' New Hampshire made the trek out to Montreal - stopping in Burlington, VT on the way. There were 35 bands that played in one day. My favorite that day was probably Vampire Weekend followed by Alt-J. During Ellie Goulding's performance (a singer from Britain) They sprayed a firehose of water over the crowd. It was definitely an amped up show. The only beers we could find were Molson Canadian beer or Coors light, and then they ran out of Molson! The fashion was quite hilarious - I wish I would've gotten a photo. It seems ass cleavage is in fashion. 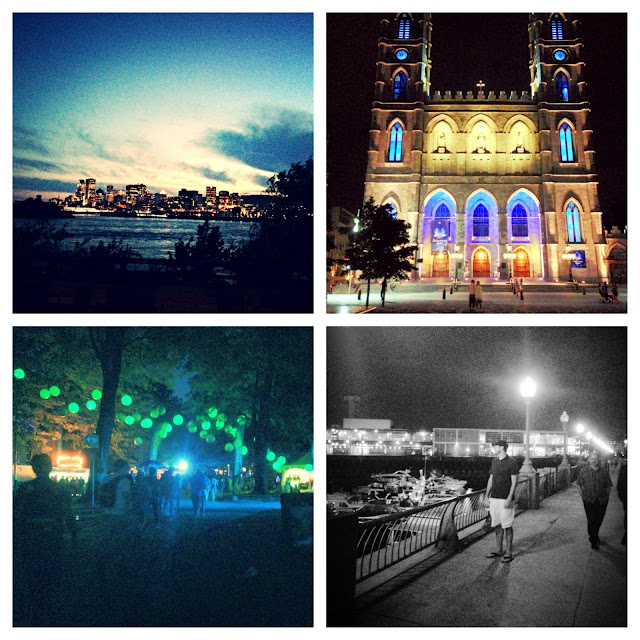 Night hours were beautiful. The two photos on the left are from Osheaga while we were taking a walk through their huge campus at night. The sunset over Montreal was beautiful - I managed to get in front of the crowd of people with their smartphones to snap a quick photo of the city's horizon. The two on the right are from the second night in Montreal where we took a walk into downtown old port to compare the Basilica from when we went in the winter to what it looked like in summer. Mike and I noticed how much more quiet Montreal is. Not just in terms of the people, action, sirens of firetrucks and police officers - but also in terms of the energy. New York City is completely opposite. 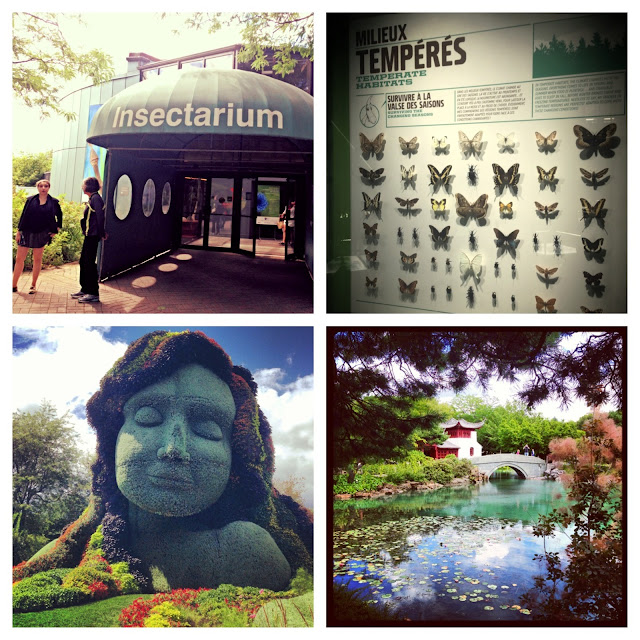 On the third day, we meandered around the Biodome. We were originally going to see the animals, but the line would have taken all day to get through. So instead we marveled at the absolutely perfect nature of all the purposefully laid out landscaping sculptures and landscapes of the Botanical garden. I was blown away by how artfully done by every aspect, and awed by its scale. They offered patrons to come back for a second visit because it would take 6 hours to view it in its entirety. The Insectarium housed many creepy crawlers I can only dream about including scorpions and giant tarantulas. It really was one of the highlights of the trip.

My internship with Portsmouth Hospitals Nutrition Dept is coming to a close as is summer, and I have accomplished so much and now have such a wonderful network of professional connections. I will continue to work with the Food & Nutrition dept as well as LNA throughout the next few semesters until I graduate.