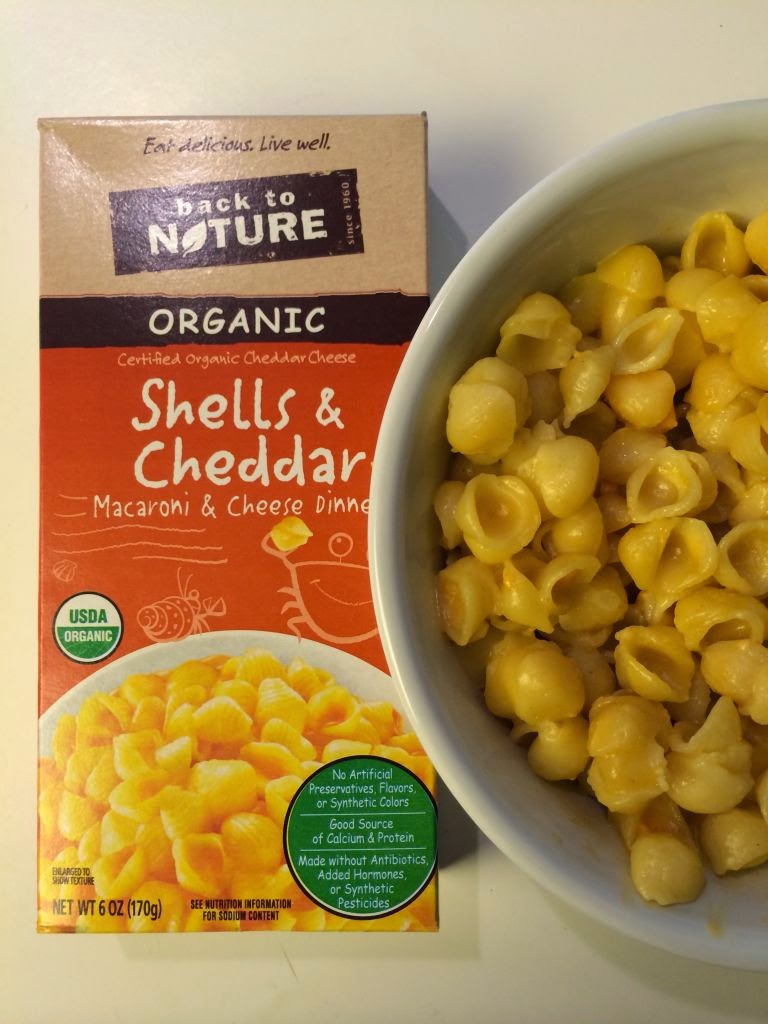 This recipe is a easy and new twist on a traditional box of mac n cheese!
Tonight I was in the mood for experimenting with dinner.
It's been the coldest it'll probably be all year with windchills in the -27's in New England, and the
comfort foods are calling my name.

So after rummaging through my cupboard I saw a lone box of organic mac n cheese, organic carrot cashew ginger soup, some organic canned peas, and some whole wheat
penne pasta (to add bulk for left overs), and chipotle cholula and pepper flakes for a bit of spice to open up that respiratory system during this flu season.

I decided to jazz up the recipe a little bit and substitute milk for the carrot cashew ginger soup, and surprisingly, it turned out delicious! We had a few slices of sharp cheddar that I also added to be sure there was enough cheese for the extra penne noodles, the peas, and about 1 tablespoon of butter.

My husband was the guinea pig, but he approved and we decided that the next time we try this we will grab a butternut squash or sweet potato soup and make a baked mac n cheese casserole!

Start cooking the peas while bringing ~6 cups of water to a boil and cook pasta until desired texture. Strain and add back to pan and incorporate butter. Add the packet of powdered cheddar cheese that comes with the box and add the soup and mix together. Incorporate the cooked peas and any extra cheese you might want to add. Separate into individual bowls and add the desired amount of hot sauce and enjoy!