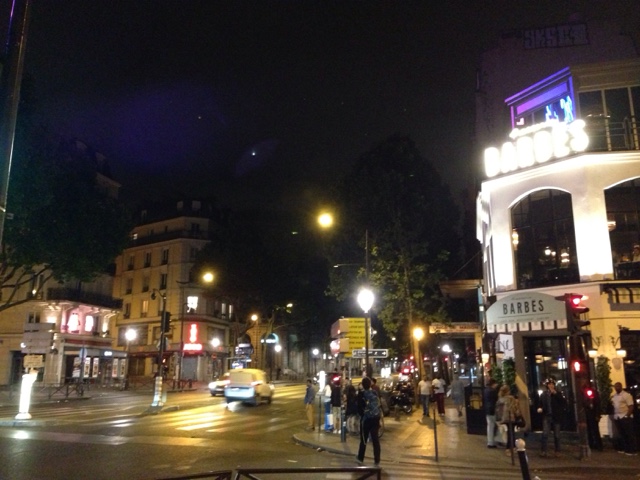 We grabbed the midday train to Paris which was only a 40 minute ride and found our apartment close to the subway stop. We relaxed for a bit and researched where we wanted to head for dinner. Most places in Europe have a later start for meals back at home so most places around here don't open for dinner until 7 and their busy time is around 830 or 9. The sun is still not setting until close to 11pm. We went to a restaurant/cocktail bar around the corner and grabbed a quick bite. We weren't sure of some cool bars to find drinks so we asked our waiter if he had any recommendations and he mentioned the place "Barbes" pictured above. It was a 3 level bar with restaurant on the bottom floor. Cocktail lounge on the second floor, and dancing on the 3rd. We sat on the patio of the second floor.

I grabbed a quick shot of mike when he wasn't expecting it so he looks all creeped out. The fish eye effect of the pano camera doesn't help either. But I also wanted to capture the open ceiling. And the ambiance of course. Everything takes a lot longer in Europe and I think we've finally gotten used to it, but for one of our drinks we ordered it probably took around 30-45 minutes. Mike and I joked that because I ordered s drink I would typically get at home (flavored vodka, soda water, and lemon) that they were probably trying to ferment their own floavored vodka for me out back. When our waiter finally came over, he apologized and offered us free shots. We said it was fine but he insisted so mike got a shot of bourbon and for me a lemon vodka. 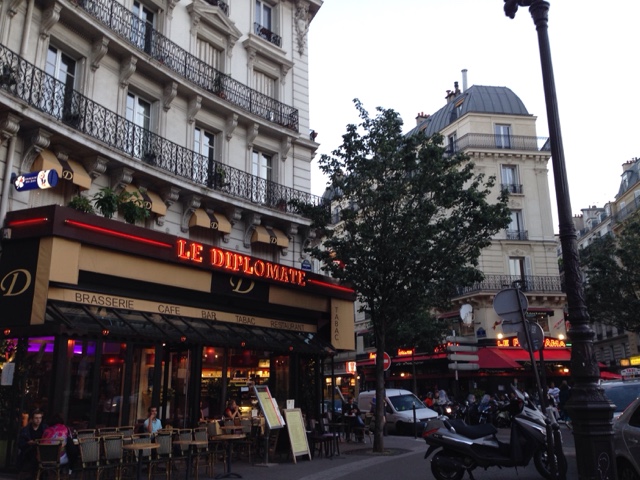 We have only seen a small slice of Montmarte, but we hear that it is a very romantic part of Paris. We move to another section closer to the center tomorrow. 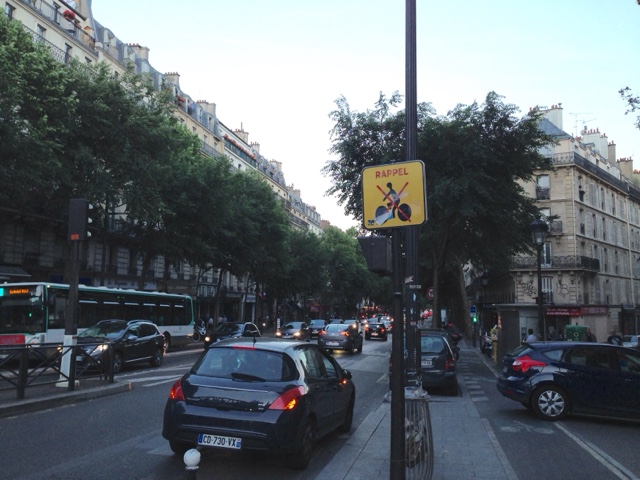