It was a strange and amazing feeling finding out that I had a brand new life growing inside me. A cute little ball of cells from Mike and I are growing into a HUMAN. It's funny how you spend most of your teenage and adult life preventing pregnancy, that when the time finally comes, you're not really sure if it can happen. For us it happened a bit sooner than we expected. We thought maybe 6 months to a year, not one month! But we are happy nonetheless.

It's been mostly uneventful for the first 4 weeks. I guess I can say the first sign that I knew I was expecting was when I noticed my cramps were a bit different than usual. 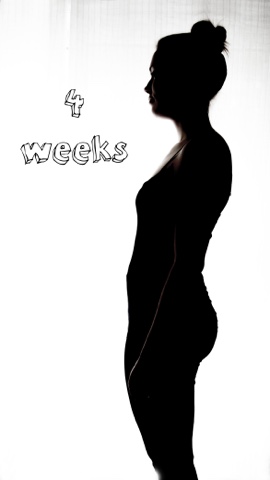 Then there were the dreams. I dreamt of swimming in the ocean with my husband Mike with a peaceful whale in the background after when I must've already been with child. I read that a dream interpretation of whales can be symbolic of pregnancy - literal or symbolic (ideas or creativity) and that they seem to be associated with maternal energy, and in waking life they are, in fact, caring, attentive mothers. I'm not sure if dreams are a true representation of real life or just a scrambling of events from the day, but it's fun to speculate! I also dreamt that my mom told me I'd be having twins but let's pump the breaks on that one (I'd still be perfectly happy either way! ;)

I have been having some mild cravings in the first 4 weeks. I've been wanting more things with bbq sauce. Bbq chicken subs, bbq sauce with sweet potato fries, or on a veggie burger, you name it. I'm definitely upping my intake of fruits and veggies and I never miss my prenatal vitamin. My doc recommended I use Nature's Plus. I started off with Gummies - yum! 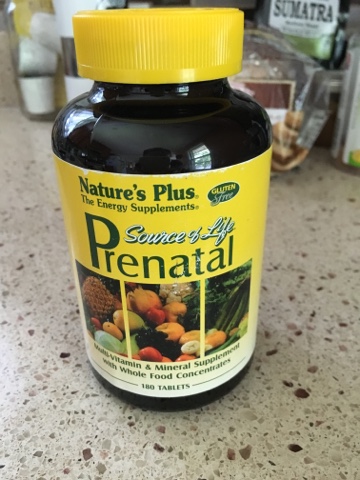 Now that I'm in the 4-5 week mark, I've been starting to get a lot more sleepy. Mike and I went to comedy show at the Music Hall in town where the comedian was absolutely hilarious and everyone was laughing constantly while I kept nodding off barely able to keep my eyes open.

When testing to keep it on a budget, I got these cheap internet tests from Amazon. You can get 25 for $11.99 or 50 for $18.99. Definitely will save you some dollars buying tests this way! Then I confirmed it all with a digital. 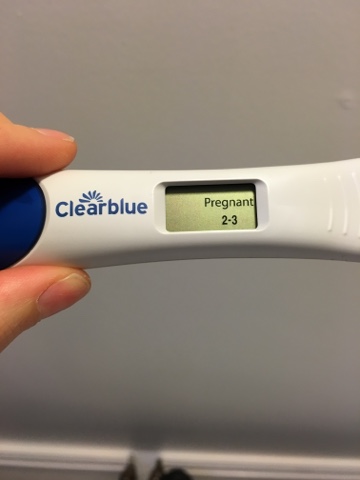 This basically says that it's been 2-3 weeks since I ovulated, but that I'm really 4-5 weeks along, which is right where I suspected. I have one more that I will take when I think I'll get a 3+ result. My last tests! At 4 weeks 6 days this comes up. Basically saying that I'm 5+ weeks along. Mike and I can't wait for our ultrasound in 3 weeks! He will take a video of it if he's allowed. 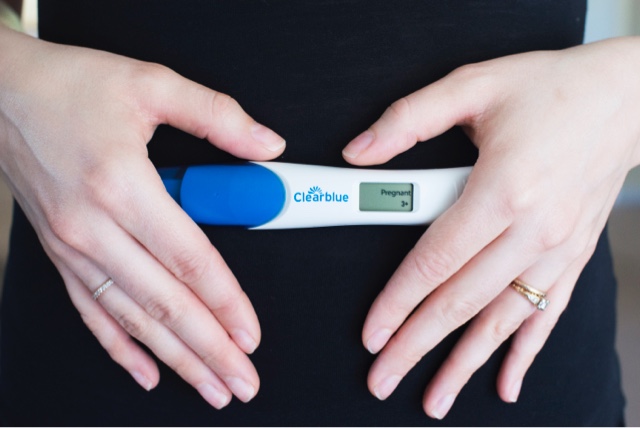 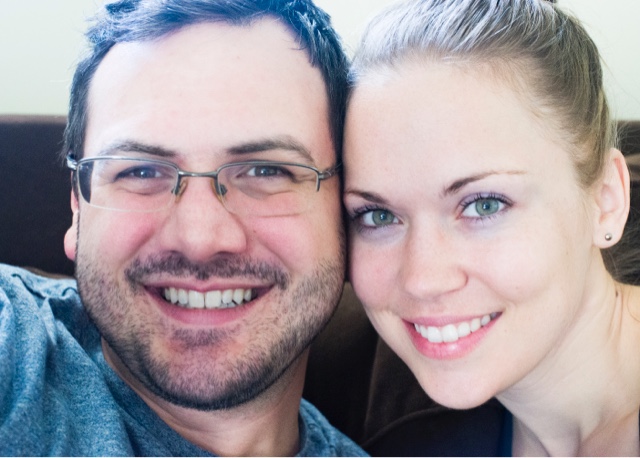 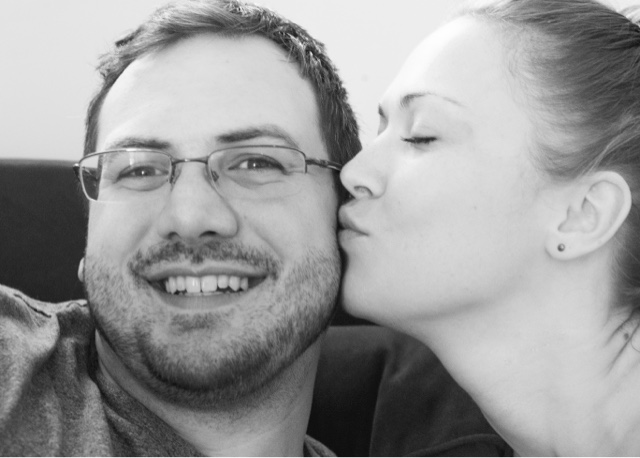 As time went on, I started getting more food aversions. I was totally off meat, I could eat watermelon for days, and crackers were my best friend. There would be times I'd crave one thing one moment, and then a few hours later I'd want nothing to do with it.

One night all I wanted was my Mother-in-Laws Corn Casserole that she makes on the holidays. Nothing else. I had a can of corn, found the recipe online, and waited 45 minutes for it to cook in the oven at 9pm at night. It was the BEST when I got to eat it. Not as good as her recipe of course. You can bet I asked for it after that!

I tried drinking coffee, as well as decaf, but it tasted off to me. Weird how hormones can change tastes like that! 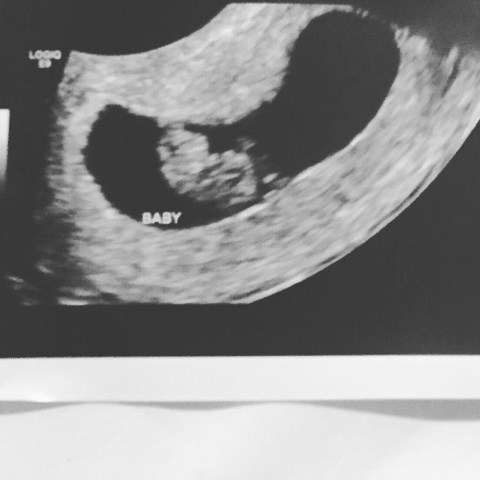 The 8 week ultrasound. Confirmation that I actually had a baby inside of me. I remember when I first saw him/her on the screen and just had an overwhelming feeling of wonder and amazement. I'm growing a new LIFE inside me. I looked over at Mike with tears in my eyes as he grabbed my hand and we heard the heartbeat for the very first time. 163 bpm. I'll never forget that feeling, and I'm sure I'll never feel it the same again. 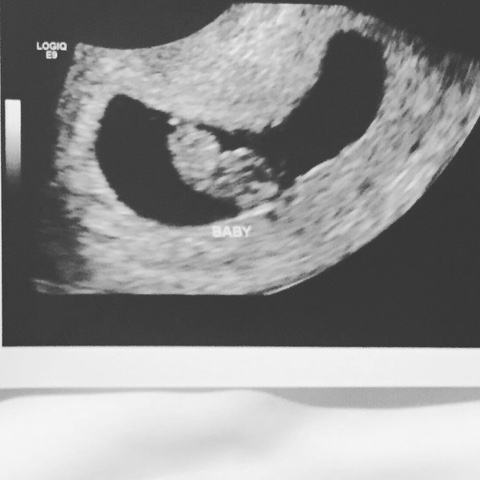 You can see the little cranium on the bottom right!

We were able to get a couple videos (as long as we didn't get the ultrasound tech in them). It was magical being able to capture the little bean on video. On this one you can see the little heartbeat!

This one you can HEAR it. We are so in love already <3 (note: these videos only work on the computer for some reason :/) 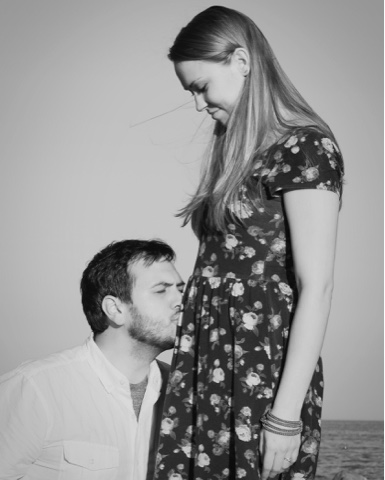 As most of you know, we announced on social media. We went over to New Castle commons so that you can see our wedding venue behind us. The ocean being something that is calming to us both. It was funny getting this shot because as we were setting up the camera and getting the remote ready to take our own photos, Mike had to get down on one knee for this shot, and a couple cars slowed down thinking he was proposing! Wayy past that guys. 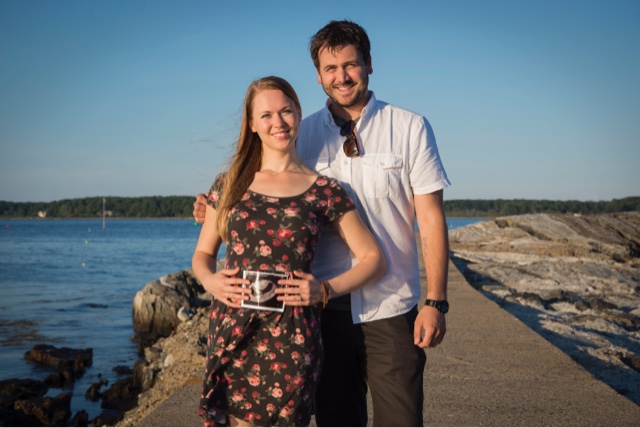 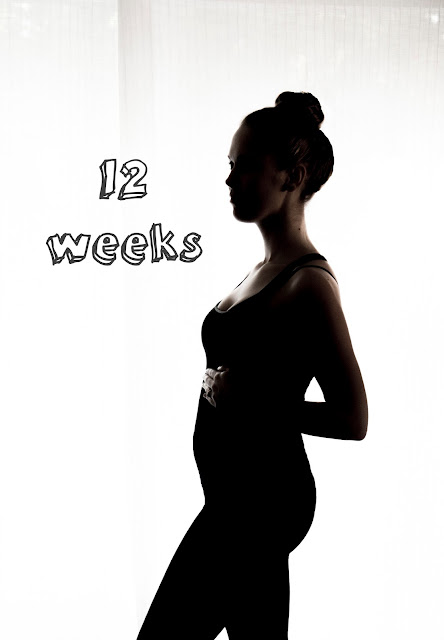 We took a photo every week to see the progression. You can definitely see the difference from 4 weeks to 12 weeks!

I was pretty tired throughout the first trimester, feeling really lazy and like I could nap at any moment. Now that I am 13 weeks, I feel resurgence of some of that energy I lost - a great relief! At this point it is also starting to get uncomfortable sleeping on my stomach. I may need to invest in one of those body pillows! 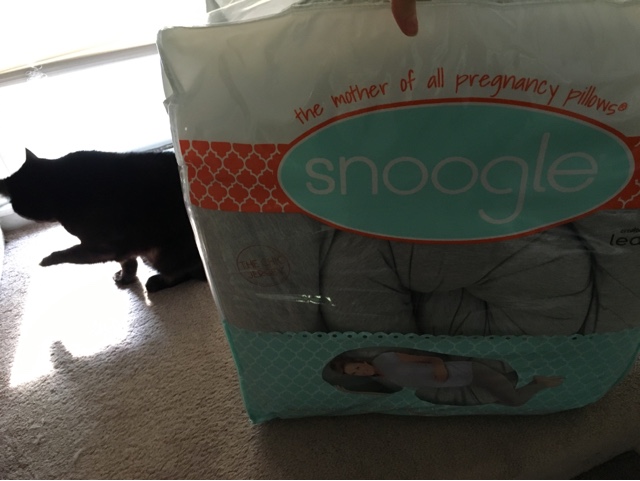 Had to. Kitty approves. The first night sleeping on it was glorious.

I am happy to now say without knocking on wood that I haven't had any nausea or morning sickness in the first trimester. Just the food aversions, cravings, really thirsty, and some fatigue. My mom said she also didn't have any morning sickness with any of us kids, so I guess I got lucky! So far...

I also got a great recommendation from my cousin Lex about what types of creams to use for stretch marks. It's been working great so far! 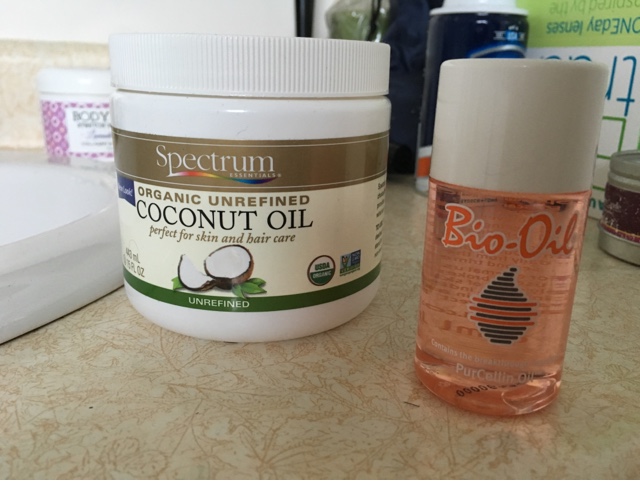 The Bio Oil I use right after a shower so that it absorbs quicker (smells nice too!) And the coconut oil I'll use on my days off or at night.

Our next ultrasound won't be until 18 weeks. The big gender ultrasound! We're actually still not sure if we want to be on team green or not. Part of it is the idea that its one of the last few real surprises in life, and I'm honestly happy with whatever gender it ends up being as long as they're healthy. Scratch that, I'm hoping it's a unicorn.

In the meantime we have been meeting all the ob-gyn's at Harbor Women's Health, in case the doc I normally work with isn't available when I go into labor. They have all been super nice so far and I'd be happy with either one! Our next appointment is next week to meet the next one.

What's been holding me over between appointments is actually this Sonoline fetal doppler that the manager Juhree at Madeleine's Daughter let me borrow when I broke the news. It's been passed down between other ladies that were pregnant at MD, now everyone's saying to be careful and not drink the water here! :) 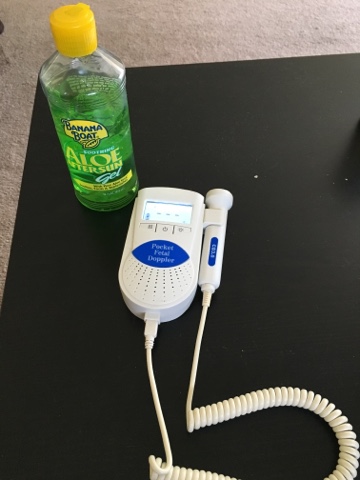 I use aloe and it works just as well as the ultrasound gel, and I can just rub it in after!

It's like music to my ears to hear the heartbeat a couple times a week. Now that it's gotten bigger, it's easier to find, but now we have to follow it around because it moves around so much! My husband Mike has been so sweet to me during this time. He is now on catbox duty, he'll pick up some extra chores around the house, and he makes sure to get that brownie when the craving strikes. I couldn't ask for a more amazing husband.

Well there ya have it folks. The first tri in the bag. It really does go by so quick! Trying to enjoy every minute. We'll see you in February 2017 our little Behr cub <3 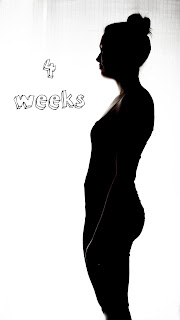 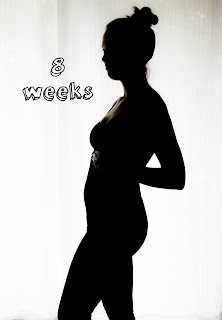 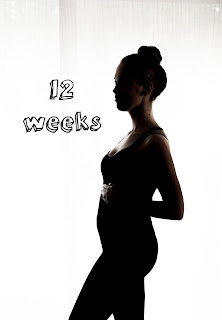