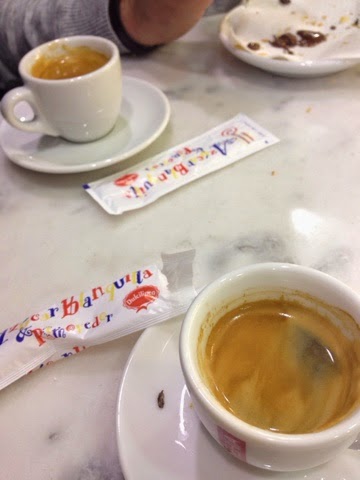 After checking out the apartment and dropping off our stuff, we went into one of the many bakery-cafes on our street and asked for an espresso. They came in the cutest little mugs and every place gives you this long packet pictured which contains sugar and a stirrer. The espresso was delicious and didn't require any sugar or milk. We also grabbed a croissant that had each side dipped in chocolate with an ooey goey chocolate center that was magical. 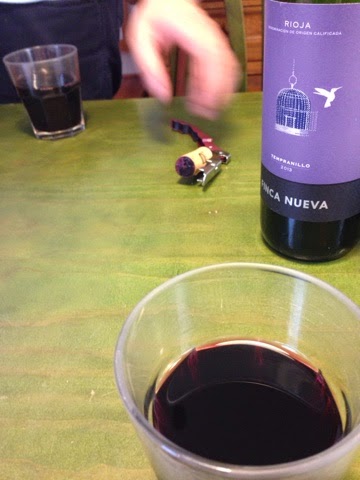 Right across the street we found a wine store with a very large variety of all different types of Spanish wines and champagnes for dirt cheap. This bottle of Tempranillo was only 5 euro and it was really smooth and delicious. Our apartment was only stocked with one wine glass for some reason so we drank out of these babies. 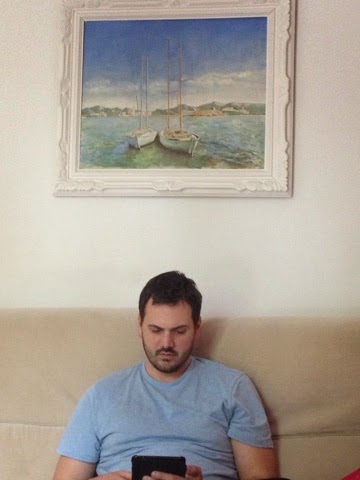 After walking around and having some wine, jet lag started to set in so we looked on our tablet to find some Spanish flamenco music to liven us up and push through so we could sleep all night and adjust to their time. We were also waiting for the arrival of our good friends Jim and Deana who got to the apartment a few days ahead of us. We get to stay here for a few days together before we part ways and they head to Lisbon, Portugal and we head to Montpellier, France. 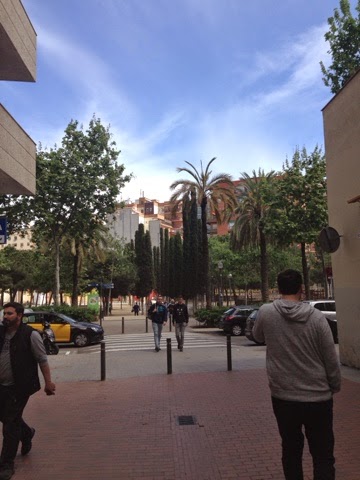 After a way too long winter in New Hampshire, palm trees were a welcome sight! We were lucky to show up on a day that had mid 70s weather. You could tell we were from a colder climate since we were rocking lighter shirts while everyone here seemed to think it was still winter and were wearing parkas and we even saw someone wearing a snowboard jacket. 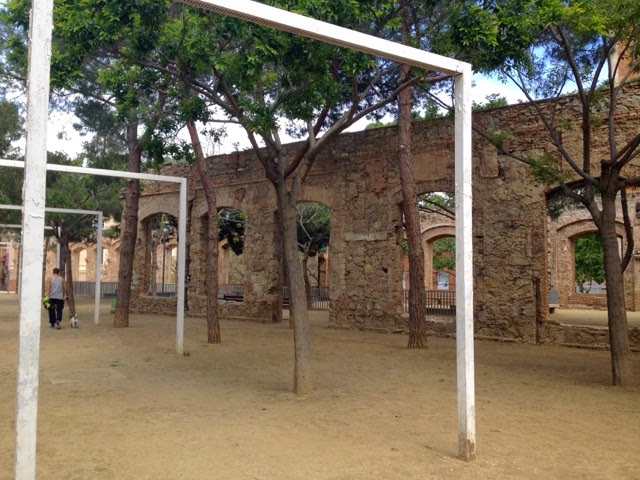 This was a dog park. A DOG PARK. Look at how beautiful it is with its rows of old arched columns. I'm not sure how old these walls were but it was the most beautiful dog park I've ever seen. Also, it seems like everyone has a Bichon here. They were either Bichons or smaller dogs like mini pincers and dachshunds. We even saw a dog that looked part Bichon part dachshund! And these parks were extremely clean. There was a little graffiti around the city, but not nearly as much as Boston or New York. 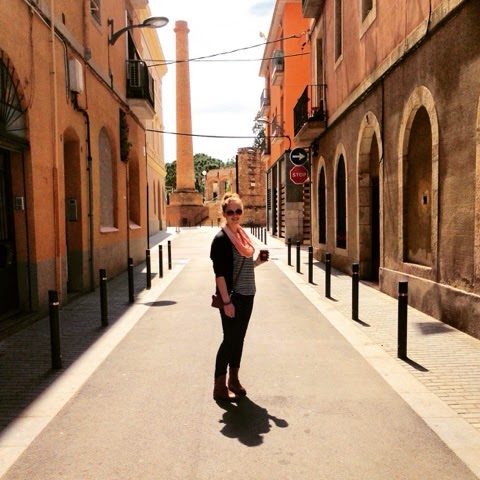 The beautiful streets and architecture of Barcelona, Spain. 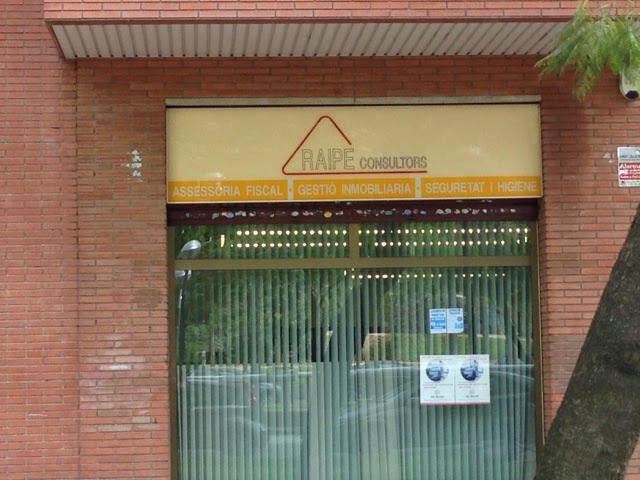 And of course you have your local "raipe consultants." 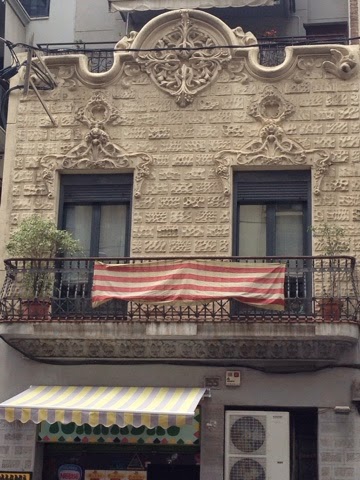 This was just an apartment on a local street. No big deal. You don't see this amount of detail going into american apartments. 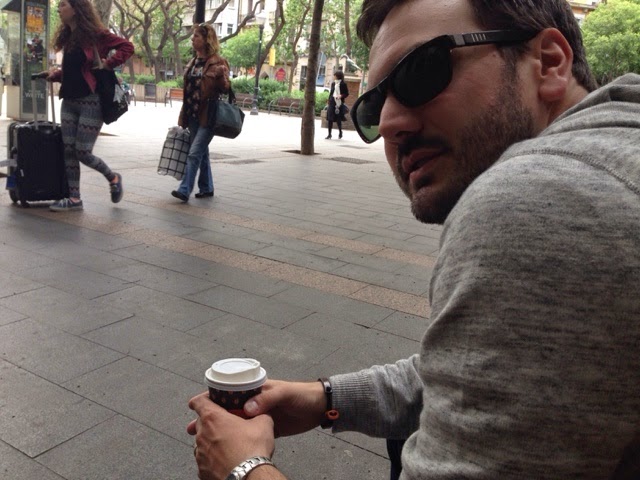 After exploring, we sat on a bench outside our apartment and people watched. We managed to find the only coffee shop in the city that carried to go cups. You should've seen the woman's face when we tried explaining what we wanted in bad Spanish. She gave us pitiful Americans an understanding look and pulled about 5 cups out of the back of a draw with a questioning look. Everyone either drinks their coffee in mugs in the shop, or they take it to a seat just outside if there's one available. We probably targeted ourselves as definite tourists but exploring and jet lag is not a fun combo.

And it's a good thing we grabbed them when we did because to mikes surprise, most all the shops closed for siesta around 2-5. Dinner is later in Spain, usually starting around 8 so people take breaks in between shifts, and some shops didn't even open back up. We also realized the rules of the road are a little different. We were sitting in a pedestrian street where there were always people walking but Mike couldn't believe his eyes when he saw bicycles just blasting through, then motorcycles, and then even cars. 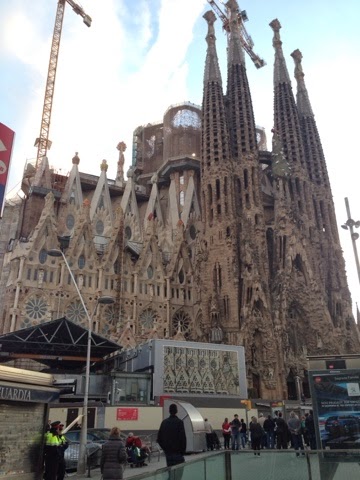 We met up with Jim and Deana around 5 after they came back from Montserrat for Everette's birthday. We opened a bottle of champagne and waited for the dinner hour to arrive and took to the streets to look for a restaurant around La Sagrada Familia, an old unfinished Roman Catholic Church that sees many tourists. 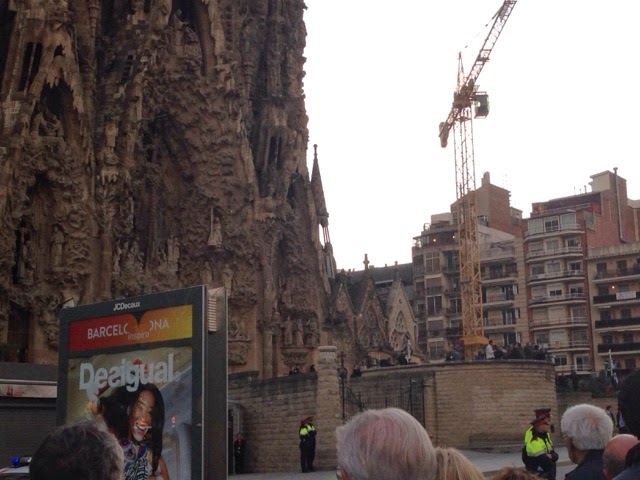 There must have been someone of great importance here because there were police men, security from all angles and a crowd taking pictures of a procession of cars driving by. We never confirmed what it was but here you can see some people on the ledge where it looks like they were speaking to people. This art nouveau and gothic styled church was one of the most unique churches I've ever seen. It was started in 1882 but the architect Antoni Gaudi died during Its construction. It was continued construction but interrupted by the Spanish civil war and is still being built to this day. We didn't get a chance to go inside it, because we were famished, but we may return another day.

We found a Spanish tapas restaurant where we grabbed some patatas gravas (famous to Spain) and some chicken croquettes which came with a chipotle mayo and were quite tasty. Our entire meal cost us 23 euro and that included the drinks! Wine and champagne were only 2 euro each.

We capped off the night at another restaurant with outdoor seating and I ordered a "vino blanco" or white wine. At this point it was 4 o'clock back at home but 10 o'clock here and the jet lag was taking over. I could've fallen asleep on the stairs at this point. Despite our jet lag, we were still able to function and pay the tab. The people here are very nice, and accommodating. Most everyone spoke some English even though we weren't in the most touristy area. There was a couple making out almost the entire time we were at the restaurant but other than that the people of Spain dressed similarly to how we dress and seemed to operate at a slower pace than we do.

We could get used to Spain for a little bit.

Read next: Day 3: The Beach and FC Barcelona Game!