Day 11: beach day on the Mediterranean 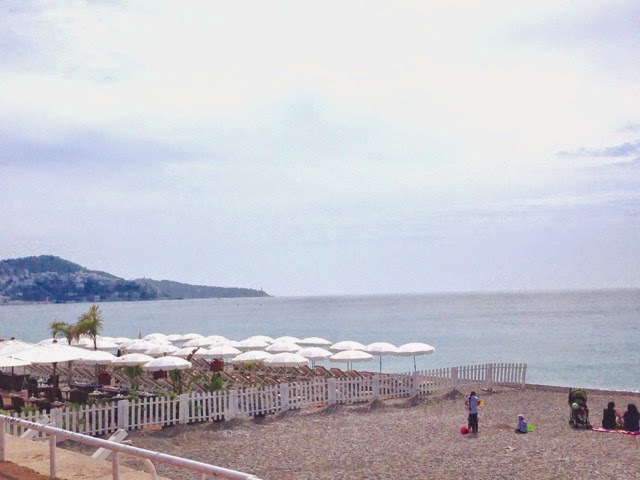 Gorgeous day at 75 degrees and a gentle wind. 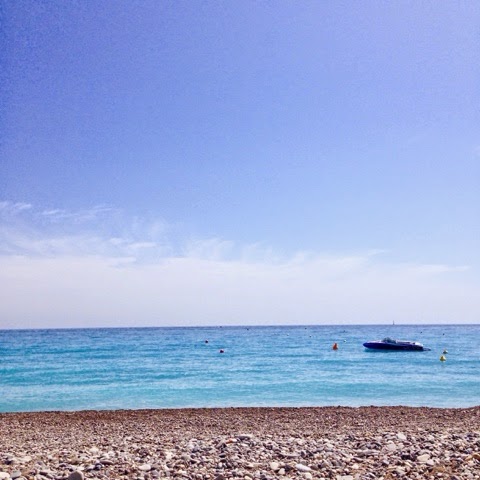 The sea is an unbelievable teal jewel blue that fades to cerulean. 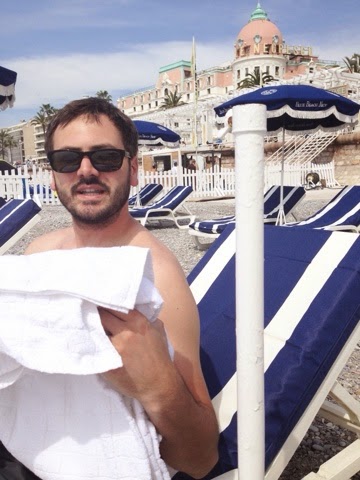 Our hotel right behind us 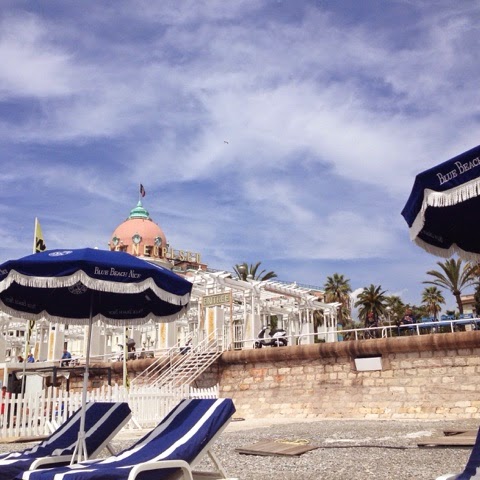 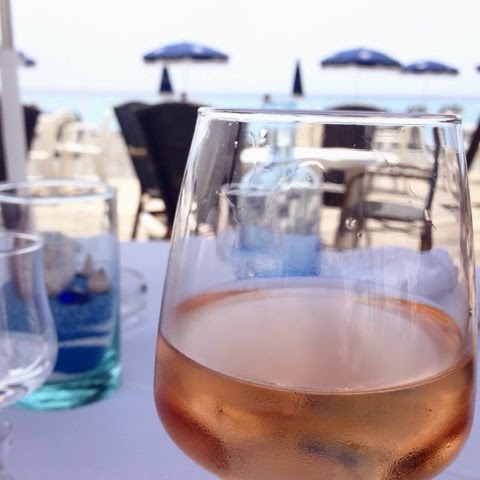 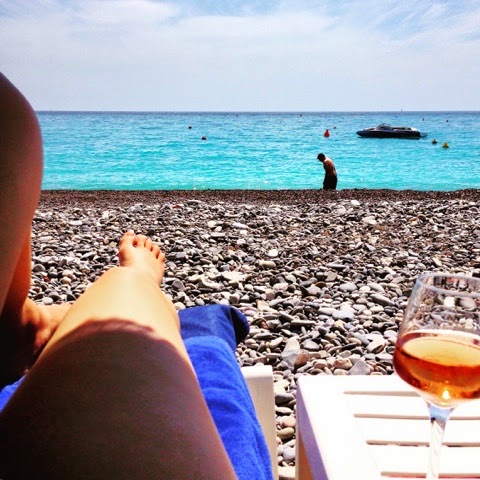 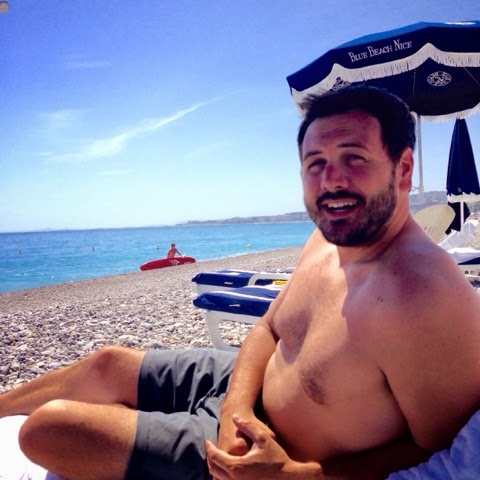 It was warmer than the ocean back at home but still cool. The rocks are a bit to get used to but they're characteristic to the area. 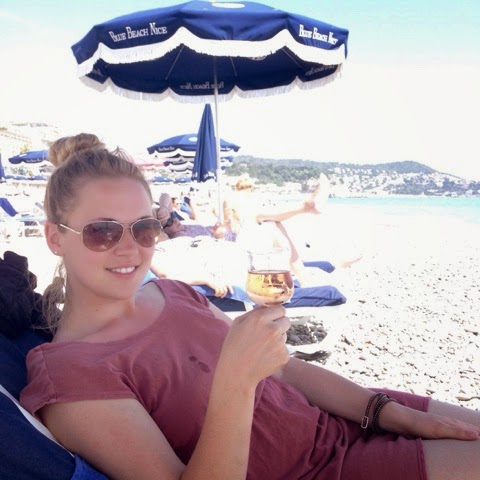 Don't mind the rosé dribble on my dress 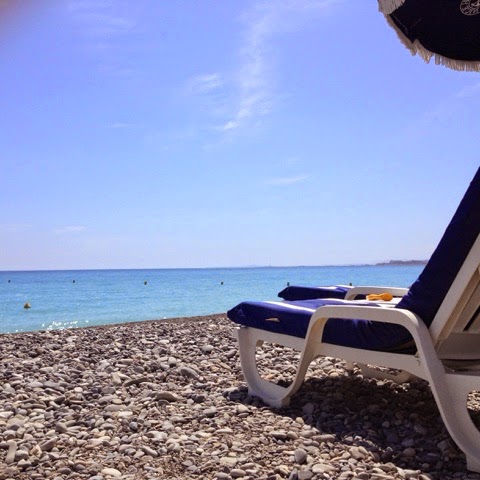 The terrasse on the rooftop 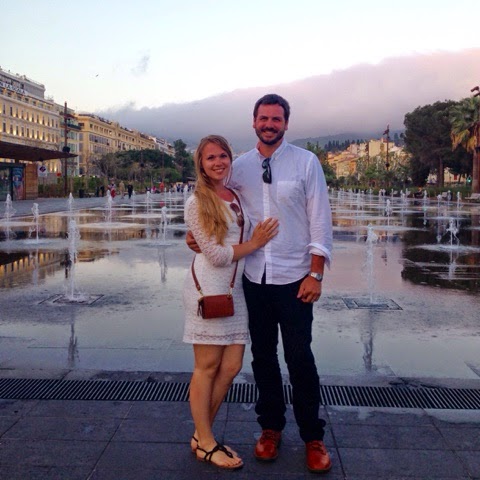 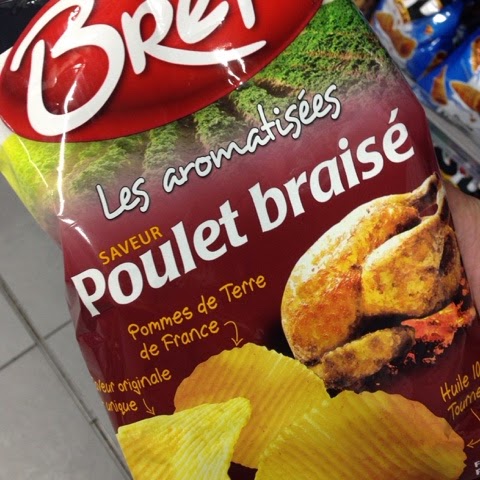 We went back to the market and had to buy these rotisserie chicken chips which actually tasted just so.

Another funny note, we also went to the train station today to pick up tickets for Monte Carlo in Monaco for tomorrow and for Friday to our next stop in Italy and in the line we struck up a convo with an Aussie couple who as the coversation went on and we asked where each were from and we said New Hampshire over near Boston they noted back with pity, "oh you've had a dreadful winter."

We laughed and said that it was one of the worst we've experienced. But we are extra happy and thankful to be able to spend some time in the warm French Riviera after a winter like that.