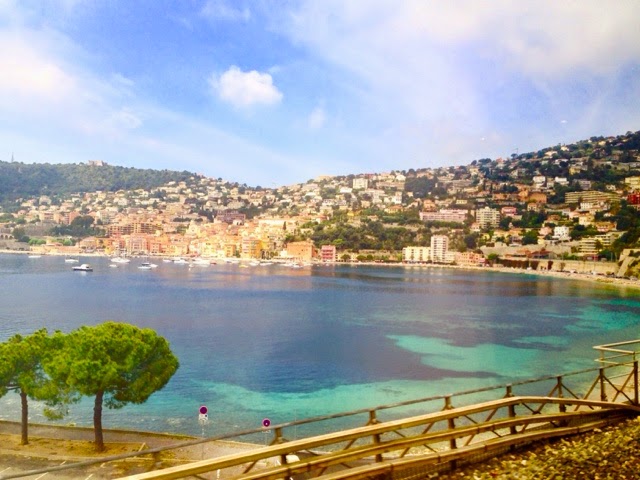 On the train ride to Monaco, there were a bunch of little colorful towns on the sea. 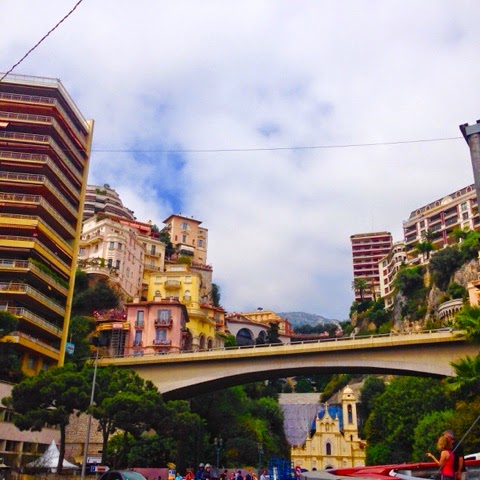 Looking up into Monaco 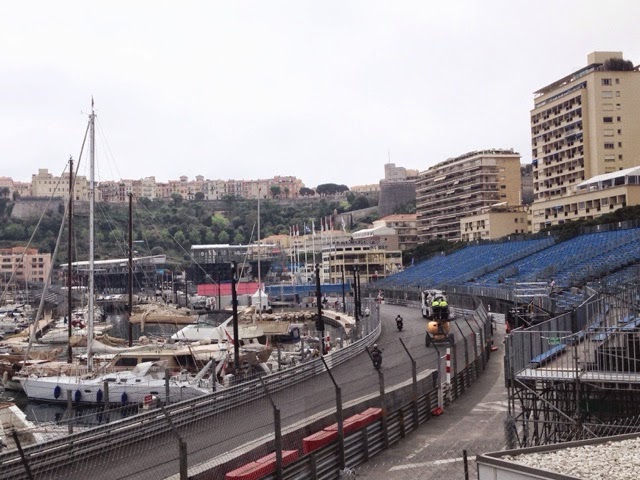 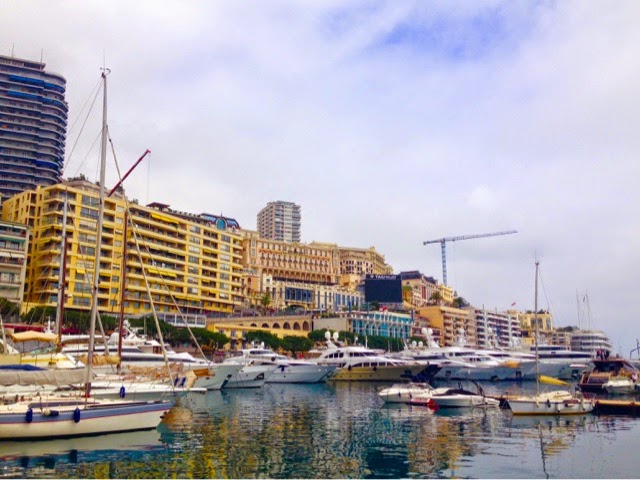 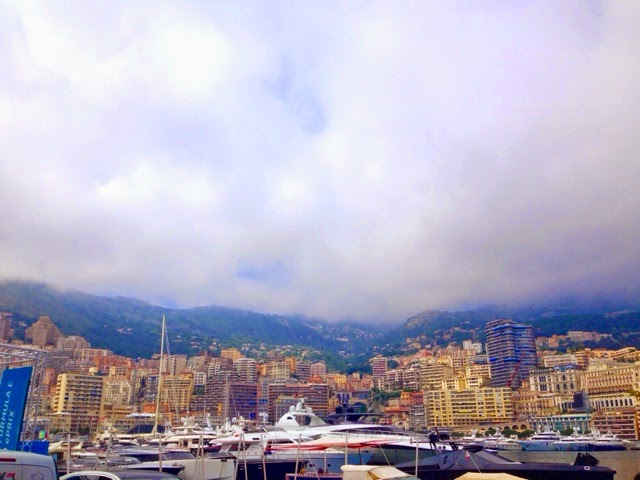 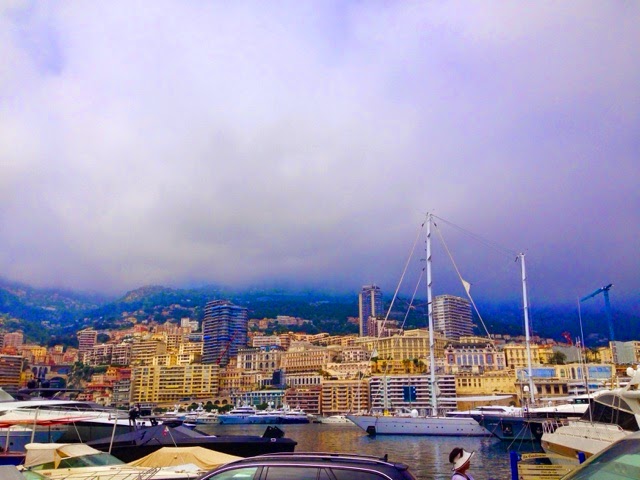 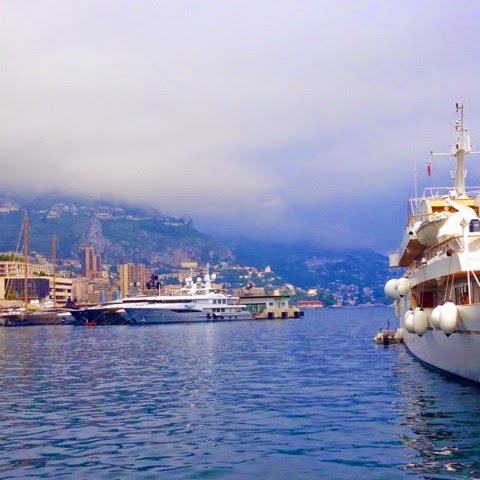 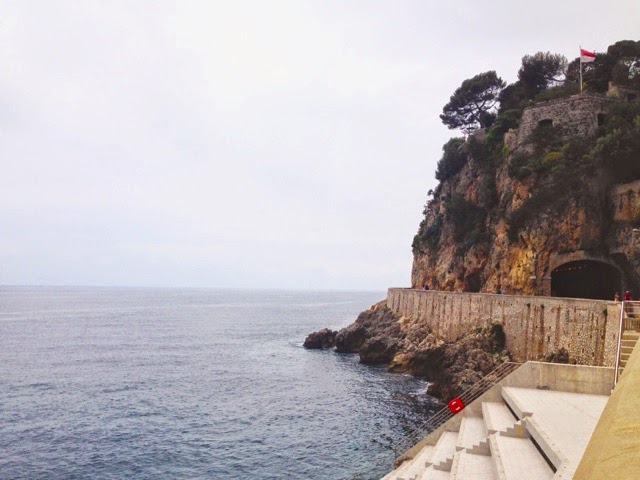 A trail going up 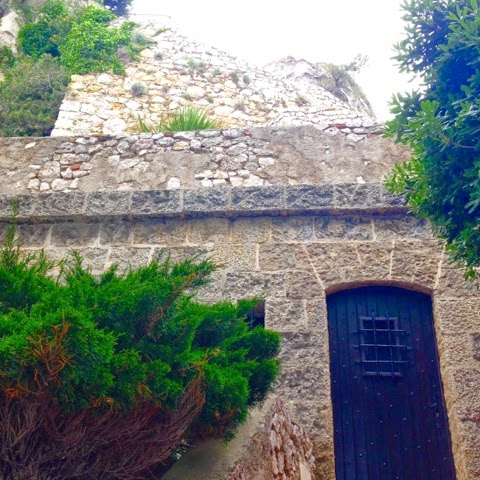 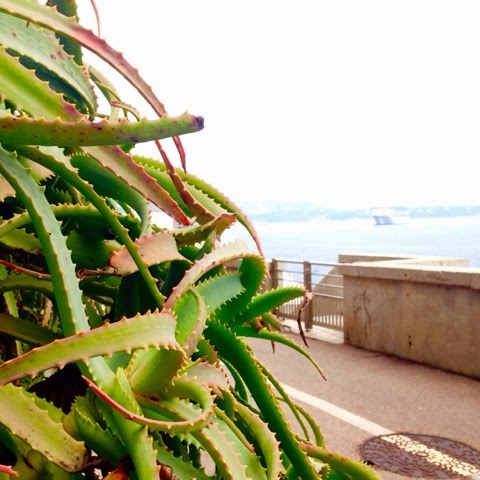 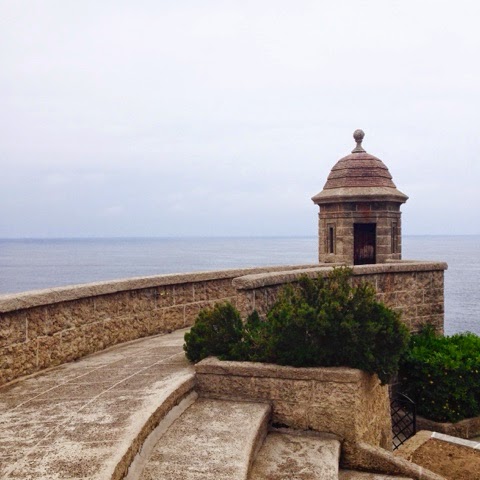 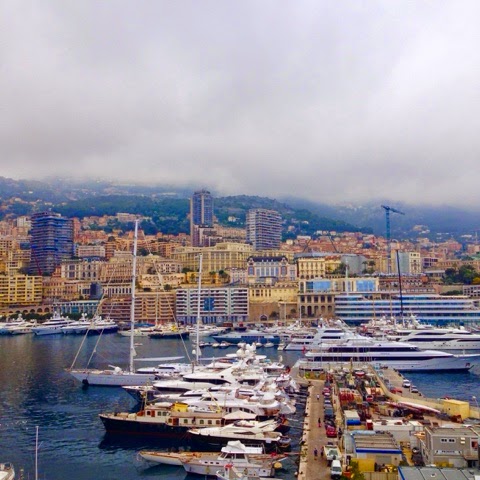 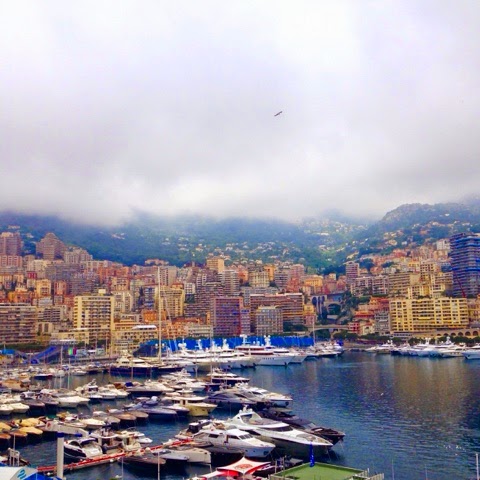 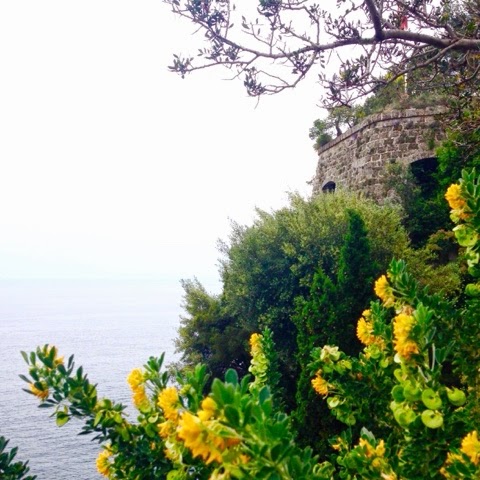 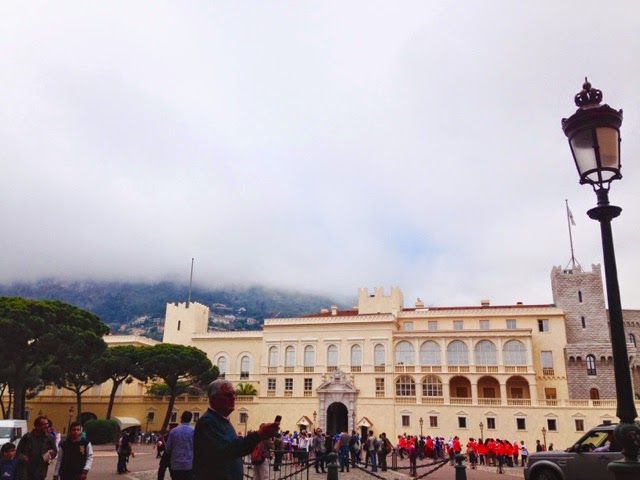 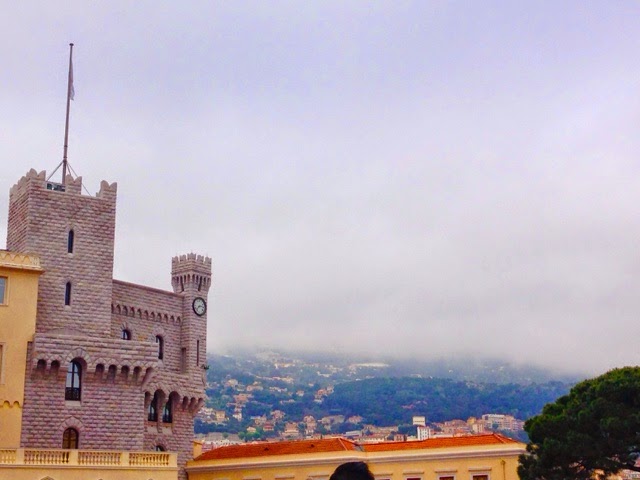 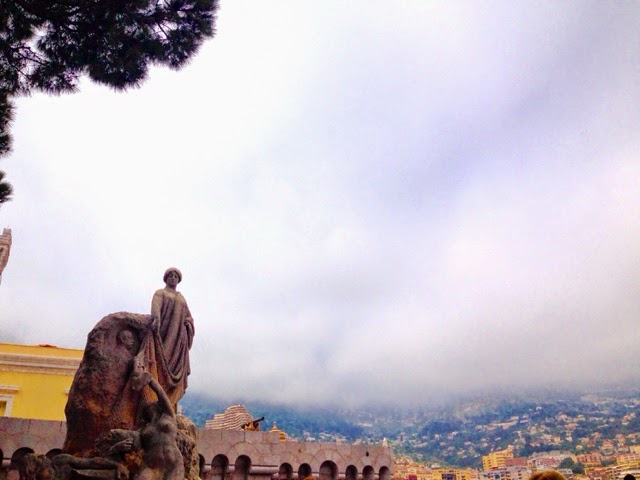 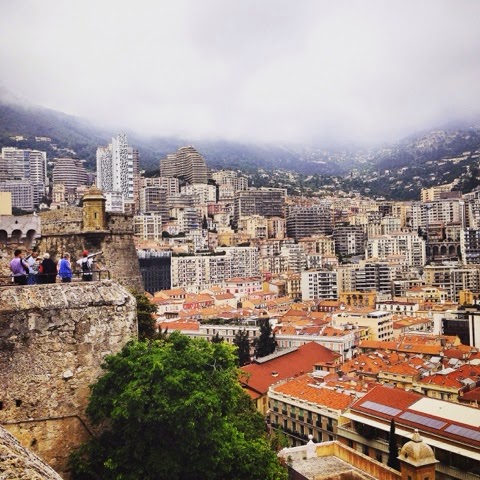 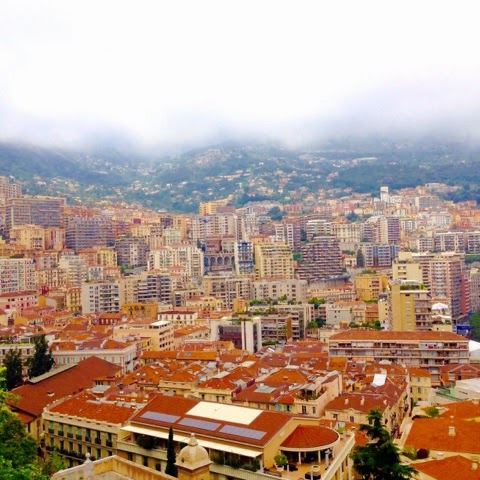 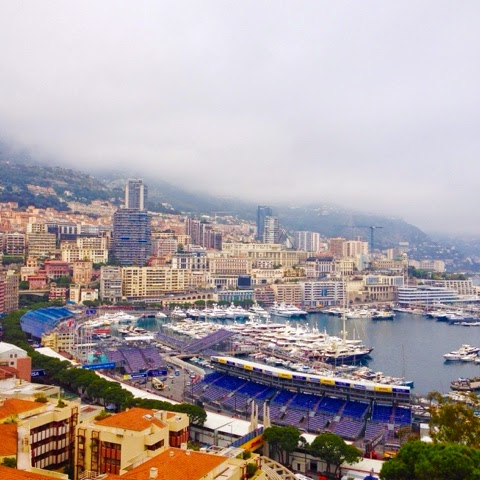 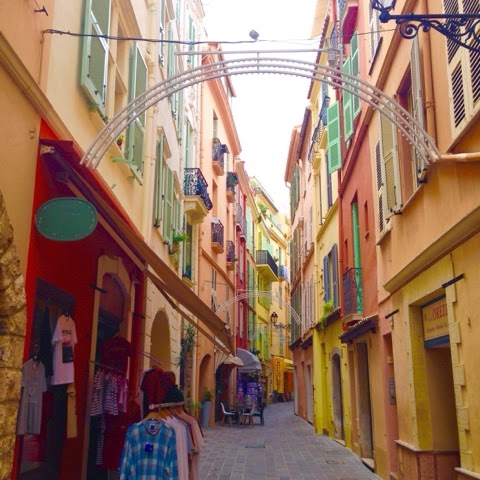 They have an old town too 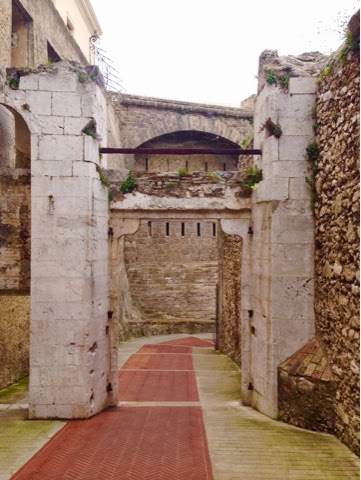 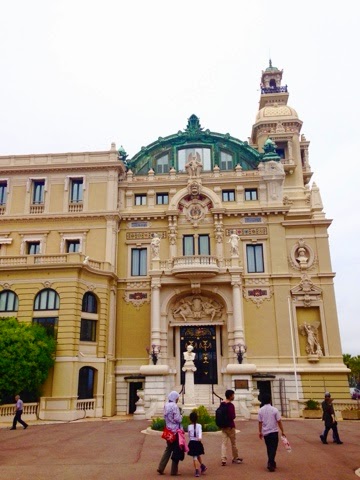 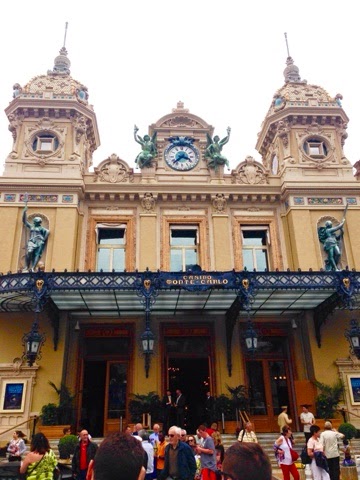 This is the Monte Carlo casino where we walked in, and won 6 times the amount we started with on roulette without losing a round. Mike and Erika 1, Monte Carlo casin 0. Apparently they filmed a bunch of James Bond movies here. 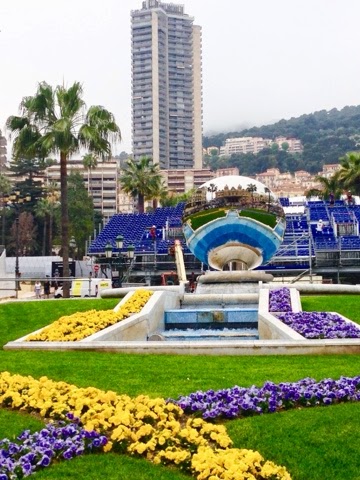 In front of the casino. 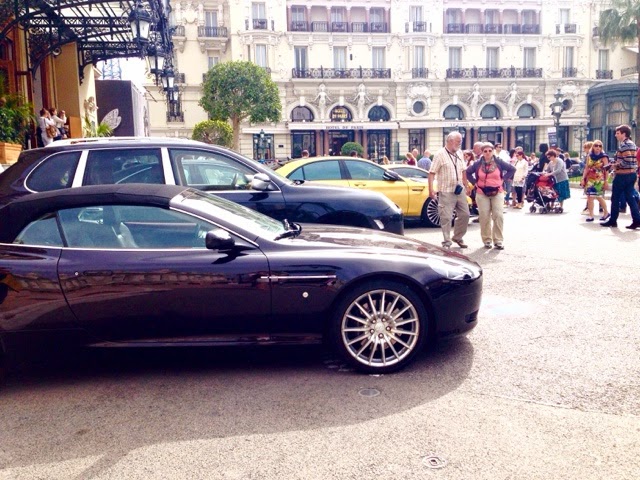 Just an Astin Martin, a Bentley, Rolls Royce, Lambrigini, and a Ferrari parked outside. 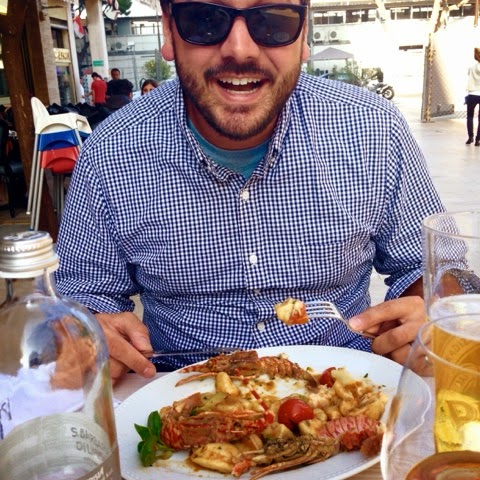 Mike and I split a dish with gnocchi and prawns and actually ate it all! So proud of him for eating/trying every seafood so far.