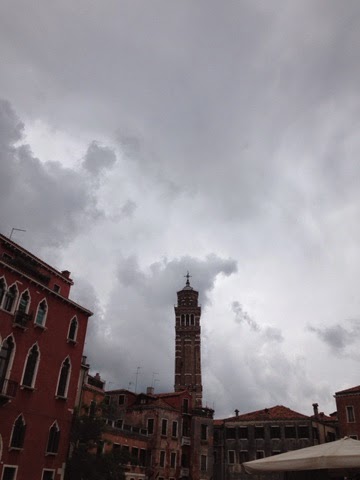 On our walk over to the museum down the street. The sky looks ominous but at least it isn't raining yet. 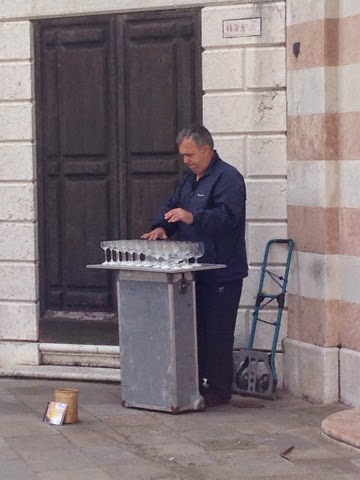 We saw this guy playing glasses with water in them with his fingers pretty music that sounded like it would come from a music box. 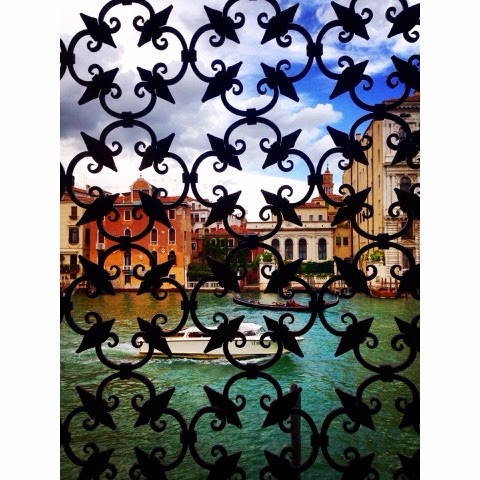 View looking out into the grand canal. There were gondolas everywhere. 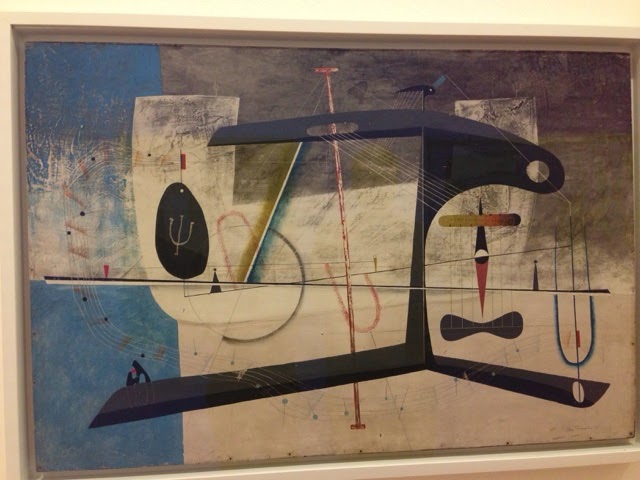 Lots of interesting artworks. We got the audio guide so we were able to listen to some of the pieces back stories. 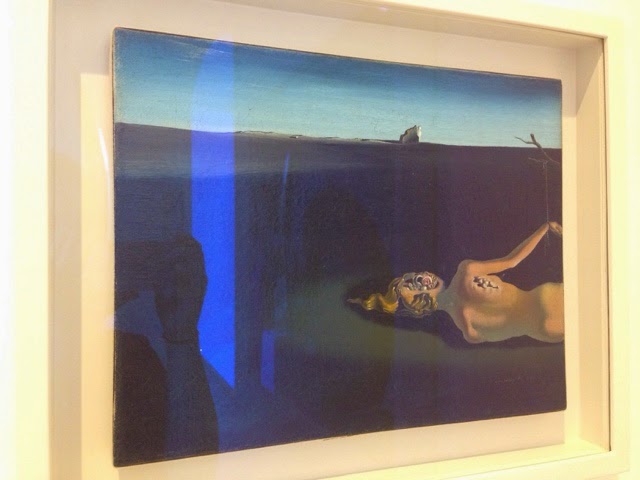 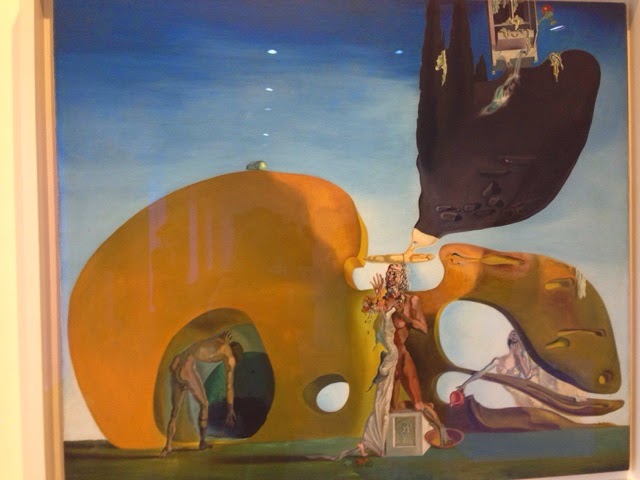 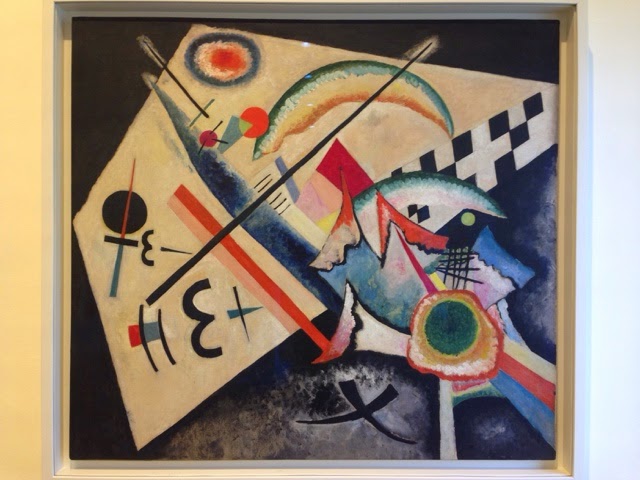 Kandinsky is one of my favorites. The audio guide related this to a recurring theme in his works of "apocalyptic" nature. There is a cross in the checker board, and the green circle is a planet with the hashtags symbolizing angst. There is a lot more this painting represents that I can't recall but it was interesting to say the least. 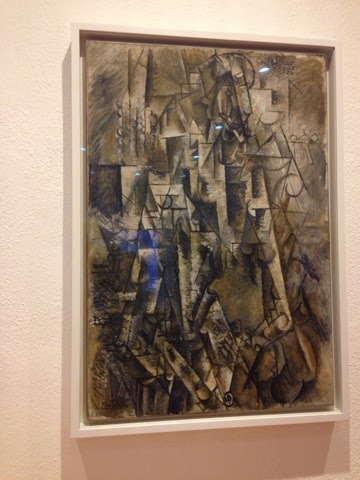 An early Picasso and probably one of the oldest pieces in the museum, around 1910-11. It is a figure of a man smoking a pipe in an armchair and you can faintly see other pipes on the wall behind him to the right. 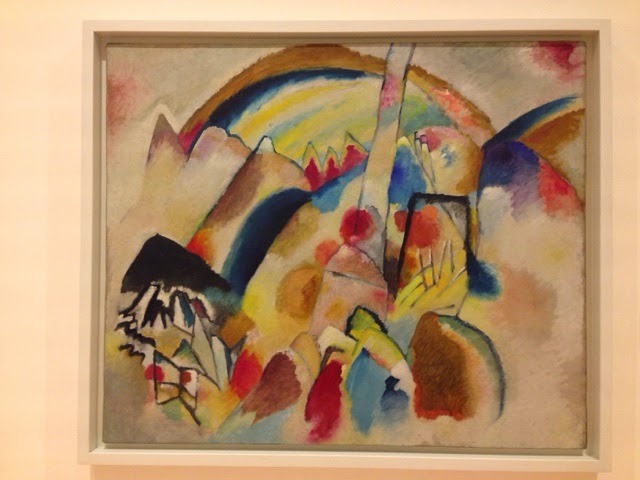 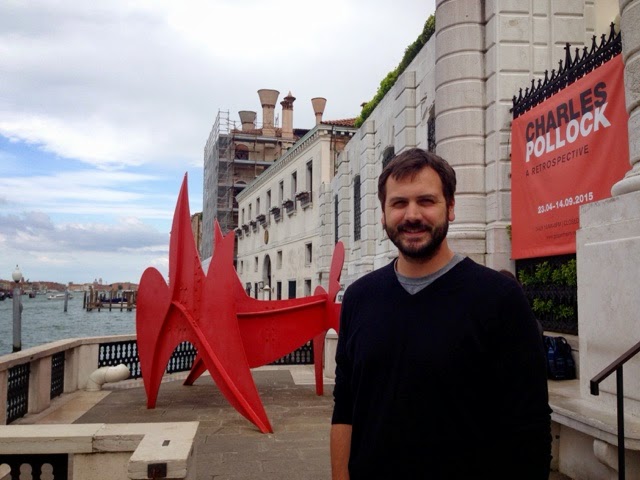 Mike is my work of art. 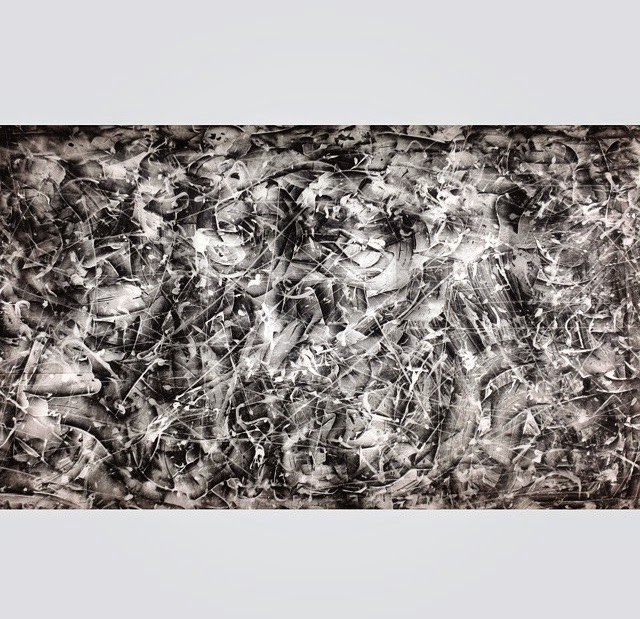 Here is an X-ray of Jackson Pollocks first painting he worked on the floor in his splatter paint style called "Alchemy." They had a whole exhibit just showing the cleaning process and also a 3D non color replica of alchemy. 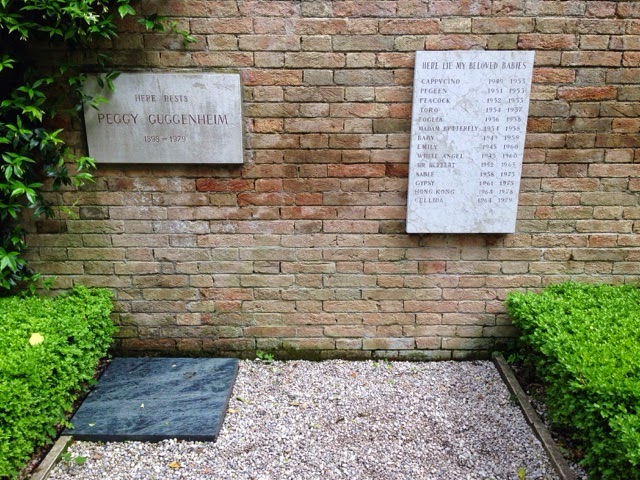 A very modest burial site of Peggy Guggenheim herself and her dogs throughout her life. She was responsible for introducing Europe to many of the talented artist we know today, and giving them international recognition. 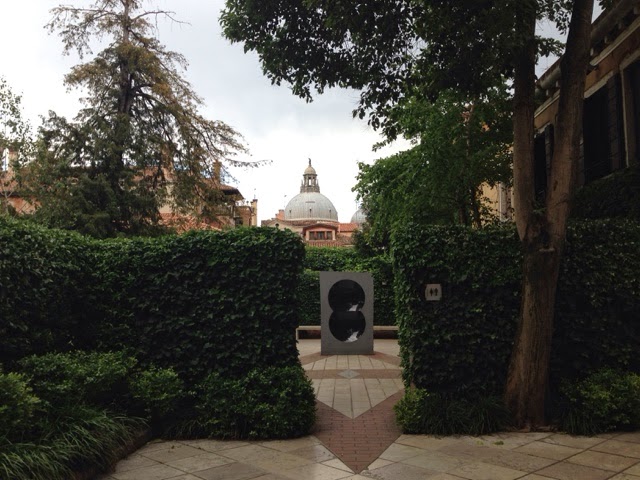 Garden shot before the rain. 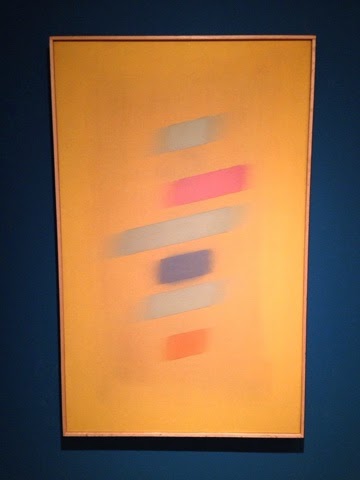 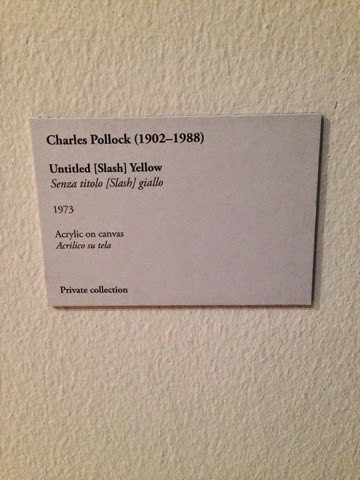 This was by Charles Pollock, Jacksons brother. His style seemed to be similar to that of his brother but more symmetrical. 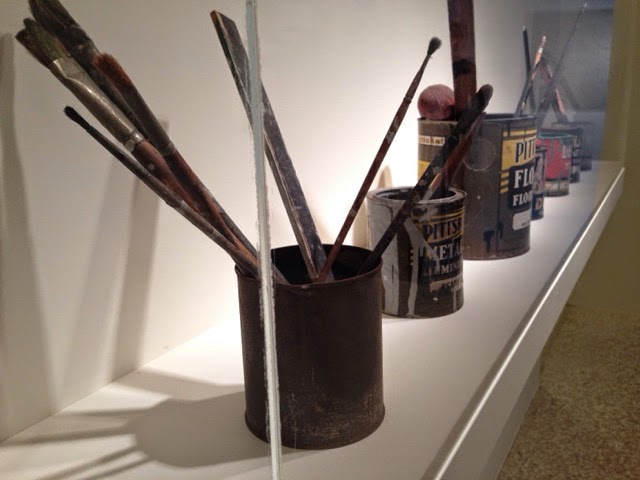 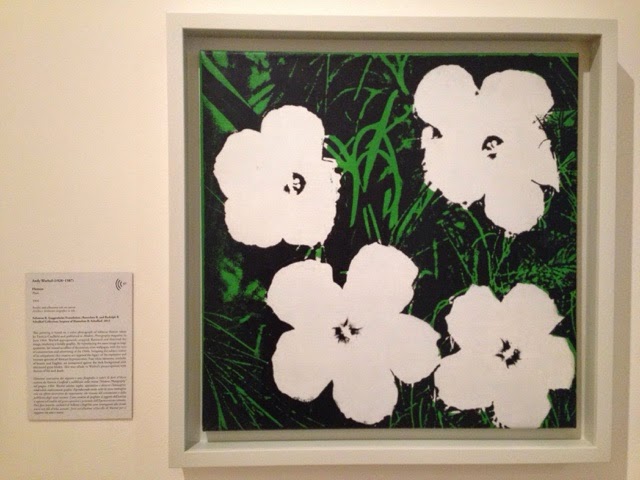 A Warhol of course. 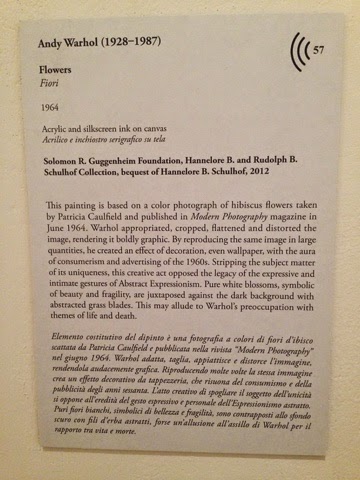 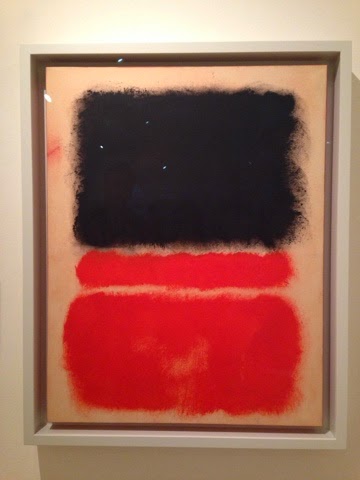 And finally a Rothko 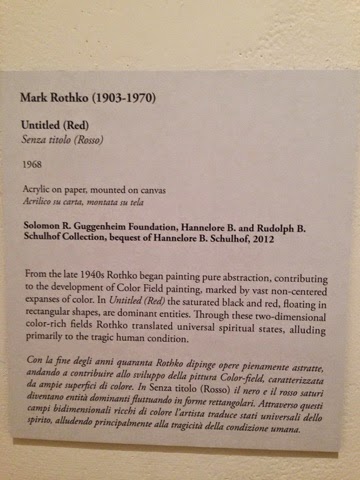 Tomorrow we will check out what we hear is one of the most beautiful basilicas in Europe - Saint Marks Basilica.