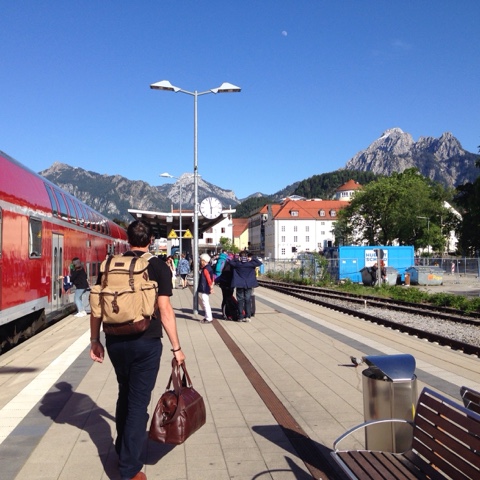 It was a long day of travel on a 5 hour train to Germany, where I was able to catch some more sleep before arriving around 1800 (6pm). We stepped out to see the Bavarian alps and the moon in the sky. 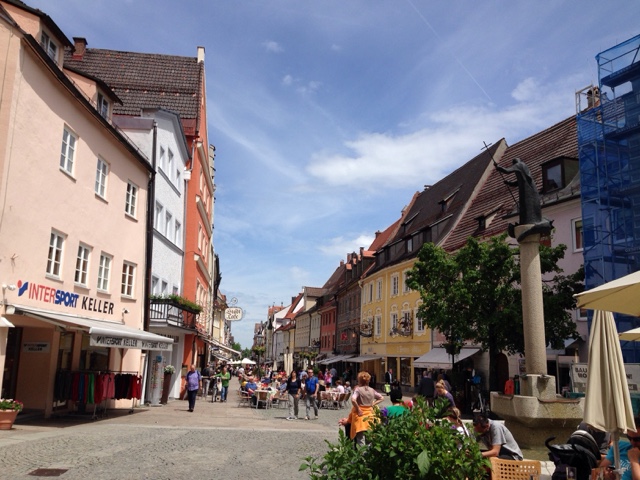 We walked around and explored the little town of Fussen, the end or the beginning of the "romantic road" depending on how you looked at it. We will be seeing the Neuschwanstein castle which Disney modeled his iconic Cinderella castle after, as well as the Hohenschwangau castle nearby. 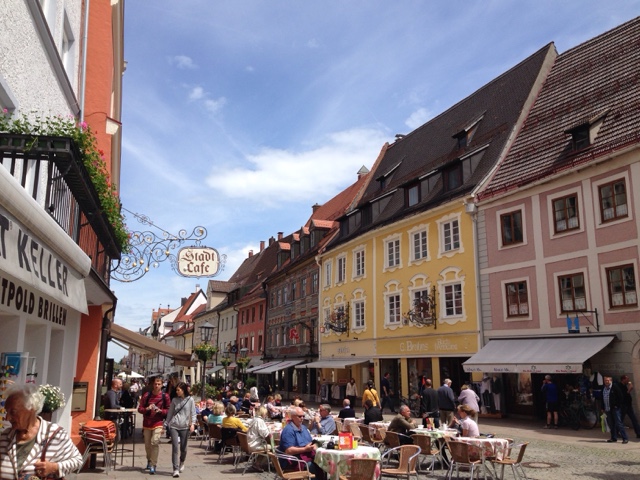 This was the main road of Fussen full of little restaurants and shops. We grabbed lunch a little further down here looking for some good Bavarian food. 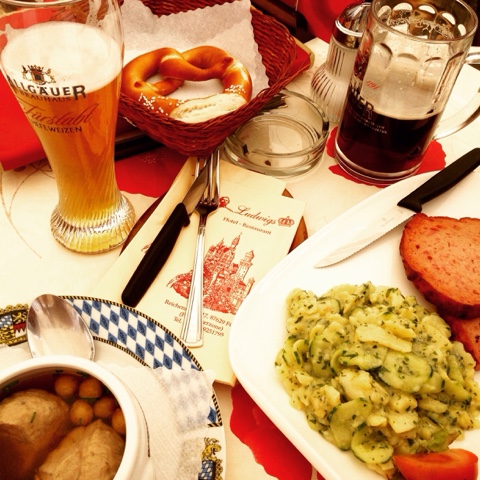 We had the meatloaf that came with a potato salad that was actually mixed with cucumber, and dressed with a light herb dressing. The soup was also very tasty with some meatballs and light potato puffs in a broth. We had to get a pretzel of course. 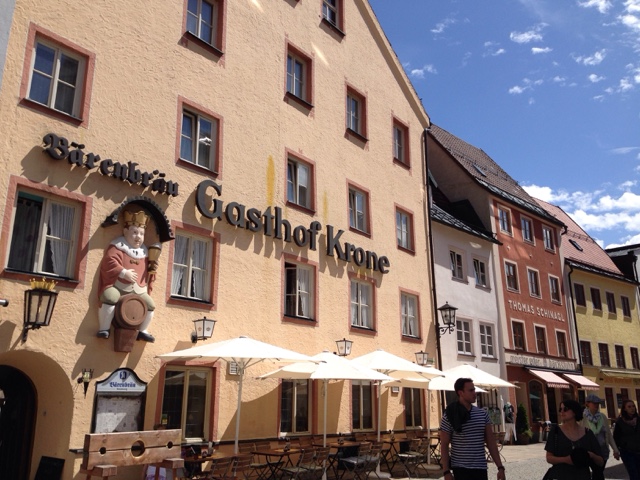 More little buildings. We noted the differences in architecture every place we've gone do far. All similar but slight differences. This German town had a bit less shutters on their windows, and latches to open them were different. Many of the rooftops were still terra cotta with a lot of solar. Germany is a world leader in solar according to Mike (which is pretty rad.) 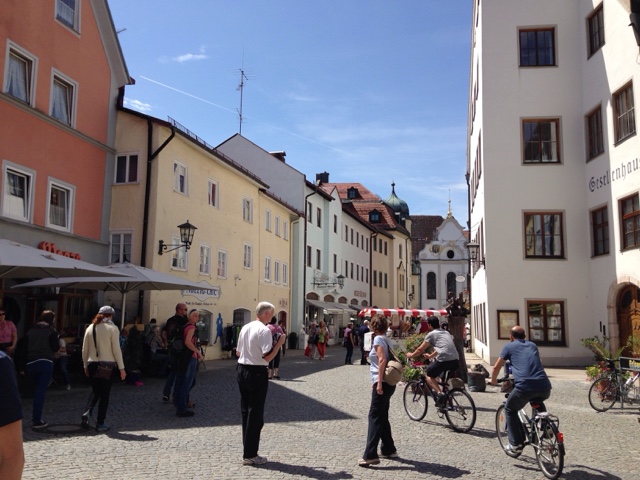 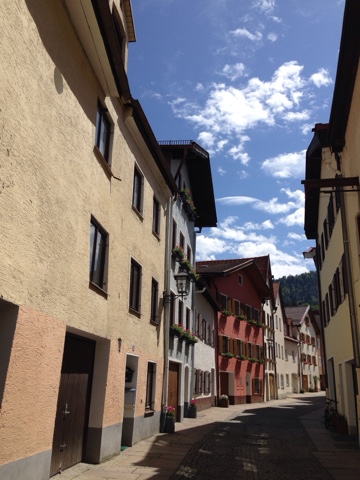 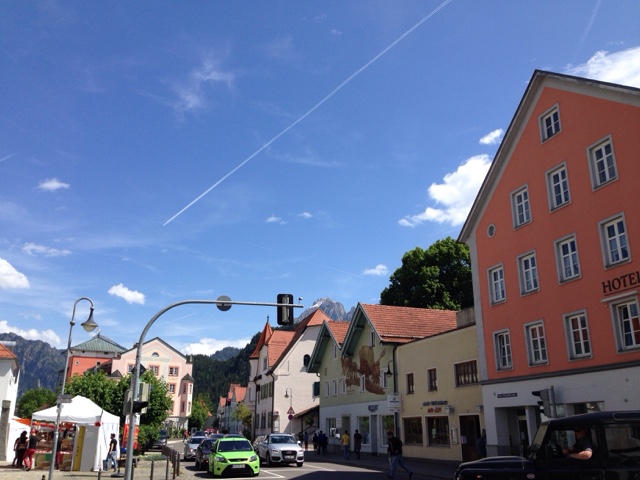 Fussen is a quieter town than most of the places we've gone to. Despite its size, we really haven't had an issue with English. I feel pretty dumb compared to most people we've met in Europe as it seems they know at least 5 languages pretty fluently where I can barely speak my own.

People have been very open and friendly to us, wanting to know where we are from and where we are going. It is interesting to hear the American/Canadian inquiry as apparently Canadians will get offended if people guess they are from the states whereas Americans don't really care. We've seen a lot of Aussies and Brits but not as many people from the U.S.

We are looking forward to hiking to the castles from Fussen, which is only a four mile hike there and back. I won't be able to help singing, "the hills are alive with the Sound of..." Oh oops, wrong country (but same mountain range.) And then we'll be moving on to Munich, or as the say München (pronounced Mewns yehn) on monday!