Day 6: train from Barcelona to Montpellier 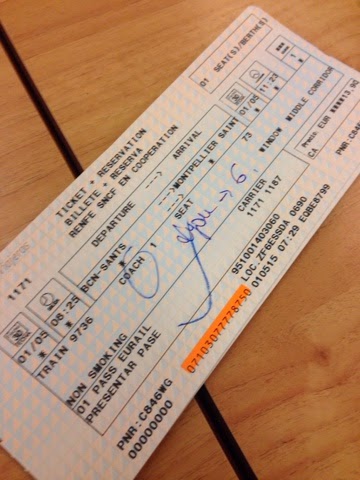 Train from Barcelona to Montpellier. We thought we might have issues getting a train since we were last minute but we arrived early and were able to get an earlier train to arrive in Montpellier a little early. 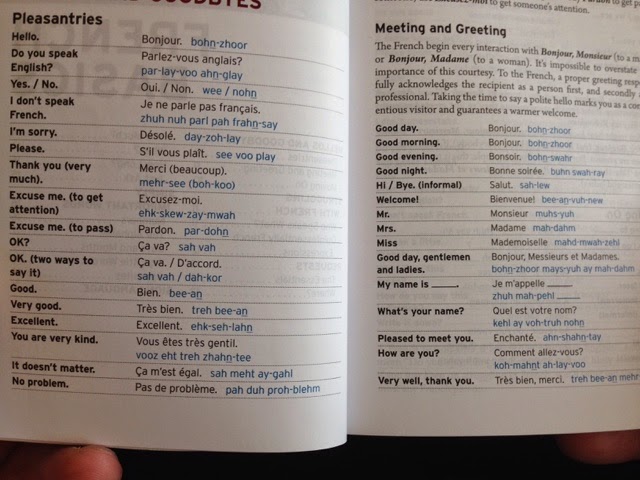 Mike took French and he was brushing up while I learned the basics. 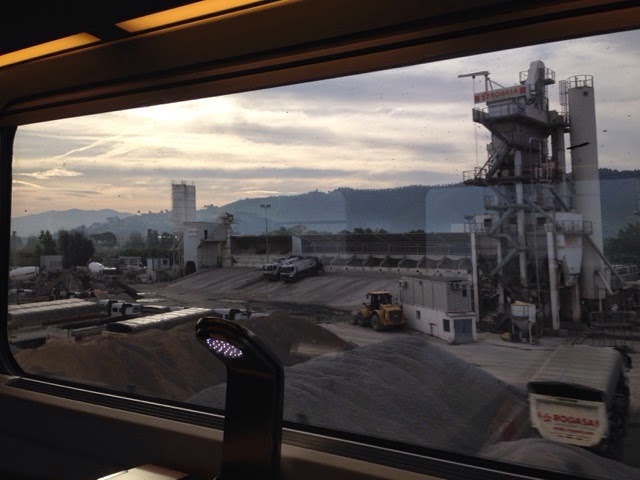 8 o'clock train with the sun rising and beautiful views of the Spanish and French landscape. 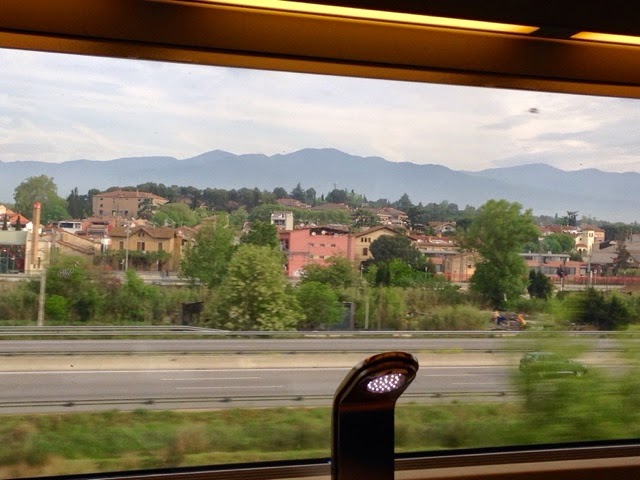 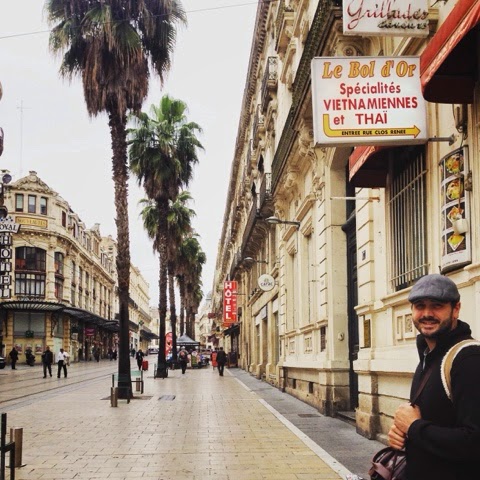 Hilarious that one of the first restaurants we see in France is a Thai restaurant. 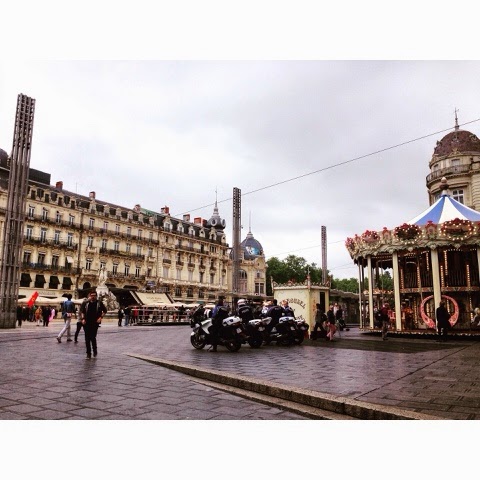 Comedie square. Apparently today was France's Labor Day, so everything was closed besides a few restaurants. The Market opened at 5 so we were able to grab some breakfast and dinner items, and French wine and beer of course. 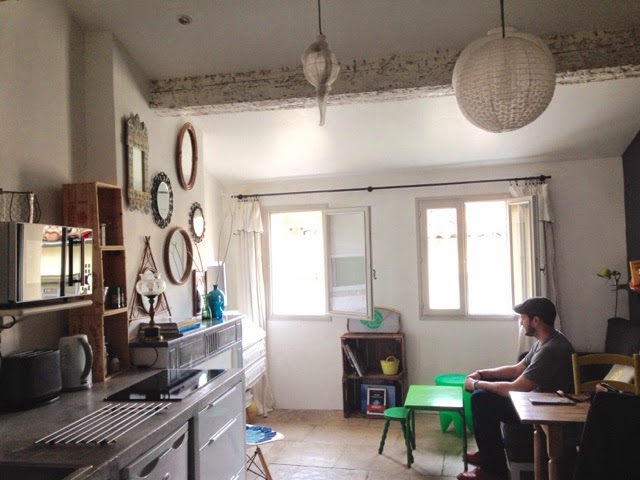 The apartment was very cute. The woman who greeted us named Laititia was incredibly accommodating and spoke very good English with a pretty French accent. She gave us recommendations on things to do and restaurants to visit nearby. 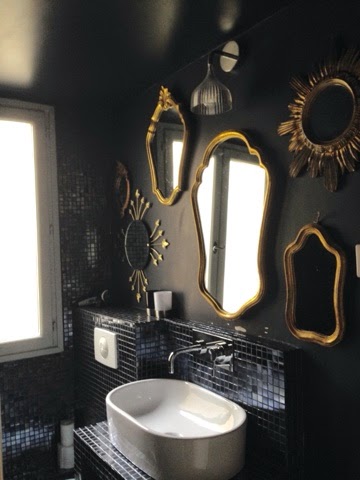 Love all the different mirrors. 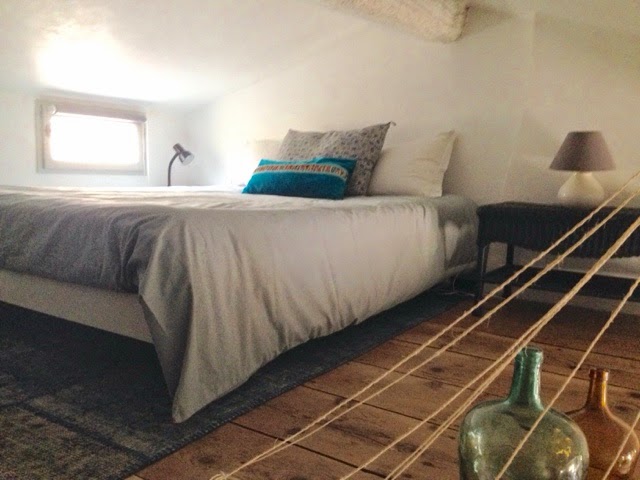 We had a loft style bed upstairs. 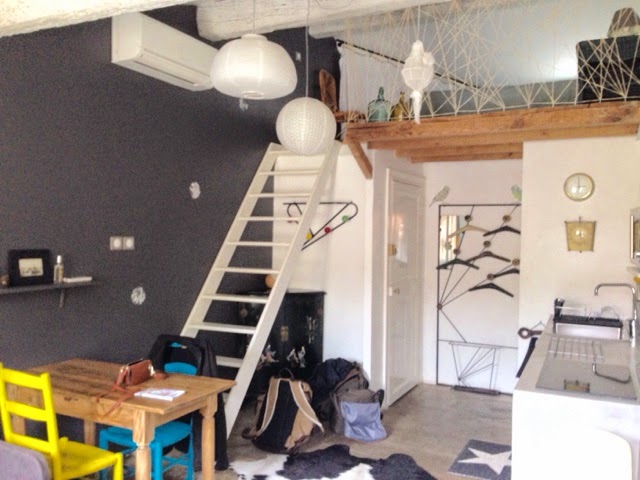 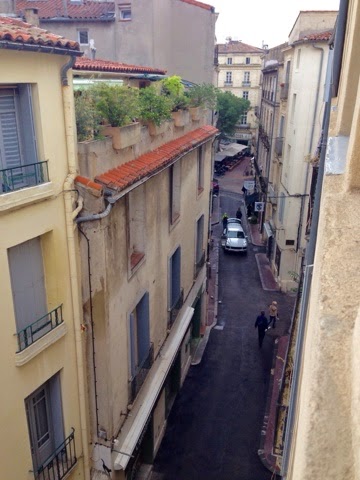 The view outside our window. 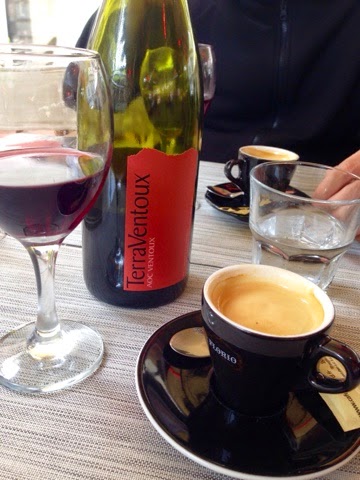 We stopped at a restaurant in town for lunch that was open and I tried anandouillette sausage with frites that came with a mustard-mayo combo that was quite good. They had ketchup packets but they were much longer and made of paper. Mike got a tasty chicken pasta dish with sundried tomato and mushroom. 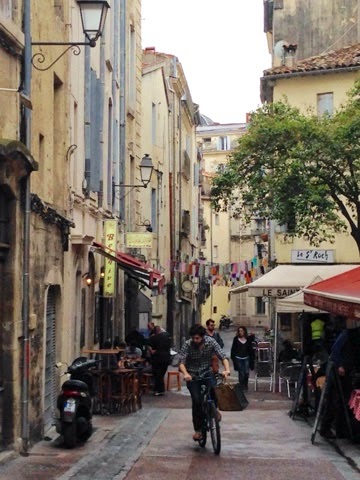 Cute little streets of Montpellier, not as narrow as Barcelona. 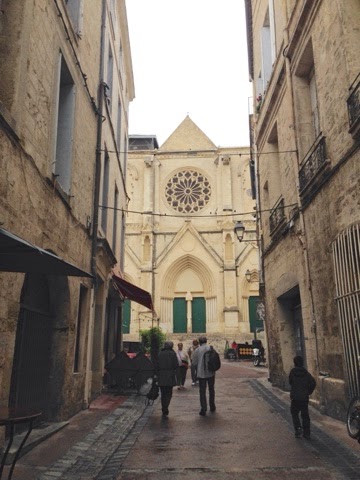 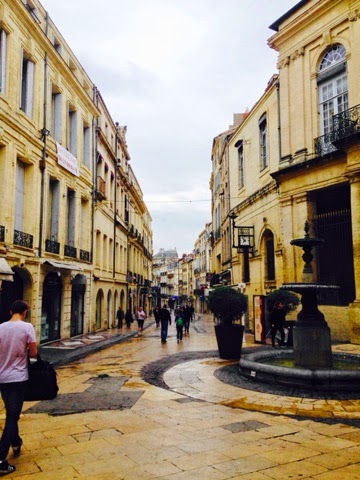 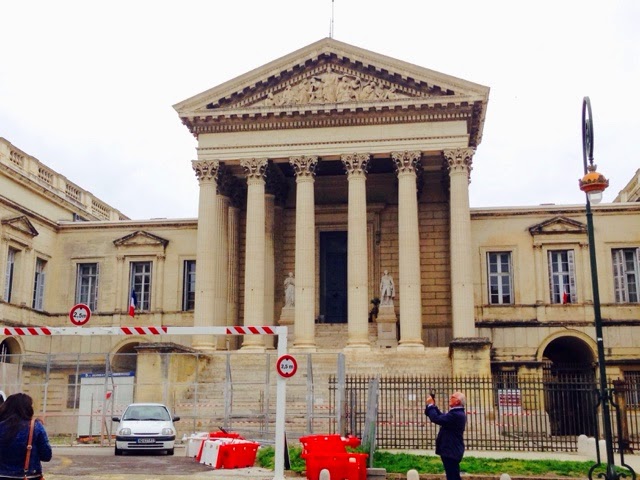 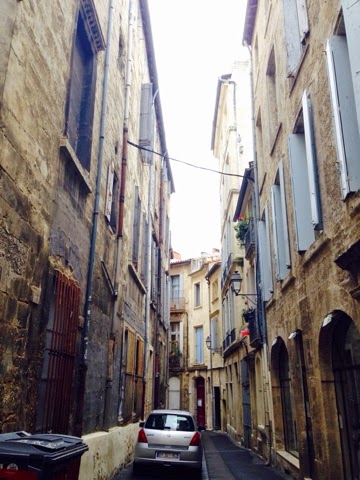 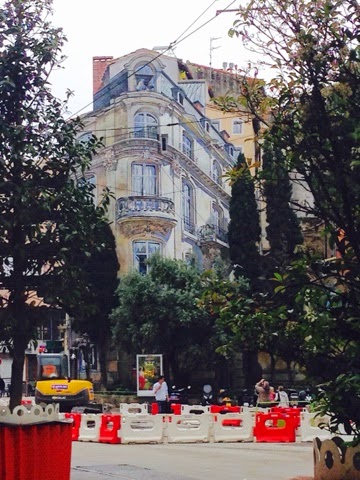 This was actually a flat building but it looked like to curved. I'm not sure why they painted it on to look this way, maybe to cover up construction. 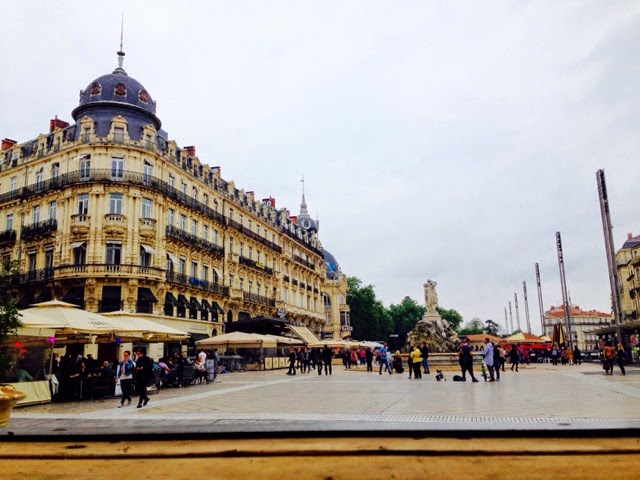 La Comedie square where we grabbed a Bier (beer). 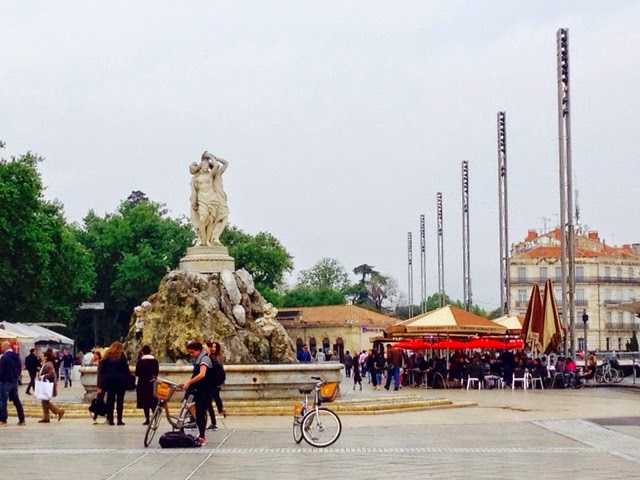 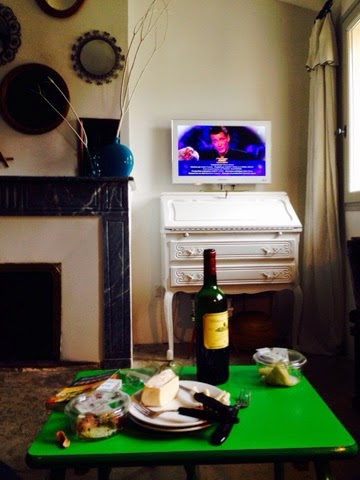 We finished the night watching French TV and drinking French wine and trying some cheese from the market. This was who wants to be a millionaire in France. The wine was only five euros here but everything else was a bit more expensive than Spain which we expected. The shops left milk and eggs unrefrigerated and I asked for some help from a local in the best French I could about the coffee I should get for a French press that we had back at the apartment. She spoke very little English like most people here but I think we figured everything out.

Everything is so much older here. The first mention of the city of Montprllier was in 985.  Also, don't believe Rick Steves, most of the youths still look like how Americans dress, some a bit better. There are definitely more scarves and European satchels that men wear, and the girls dress fashionably in France, but more neutral colors. And men also wear baseball caps and shorts etc which I guess is catching on more so.

Tomorrow we explore the rest of town and some of the attractions before we head to Cannes for some beach action.