We traveled about an hour and a half by train to München and dropped out bags off at our hostel and headed out to Marienplatz, a big square in Munich. Thus church had a display at 6pm where figurines started moving to the bell chimes like a music box for a 15 minute show where everyone was crowded around and taking video/pictures. 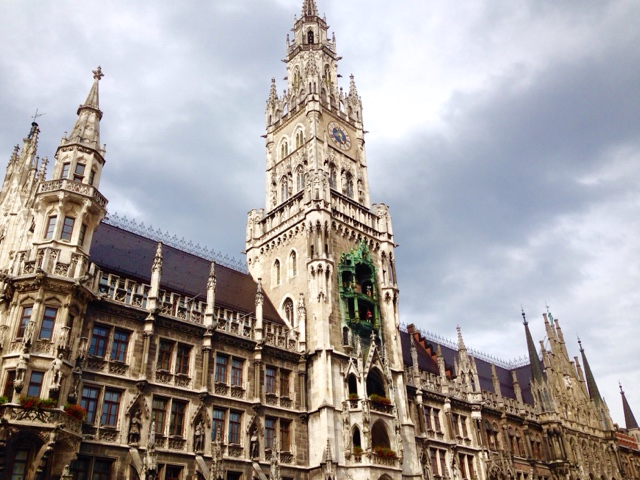 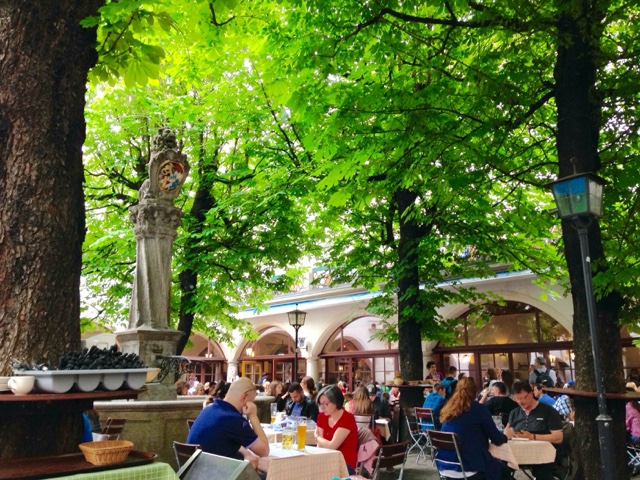 We sat outside at the Hofbräuhaus Biergarten at first until it started getting rowdy inside later on that night. 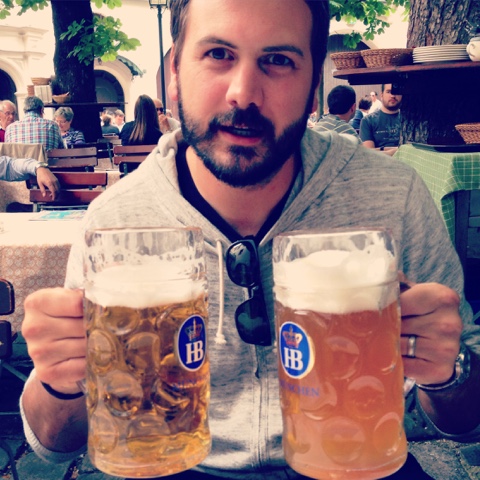 Biggest beers I've ever seen. 1 full liter. That's the size of the milk jugs we buy that lasts us like a week. 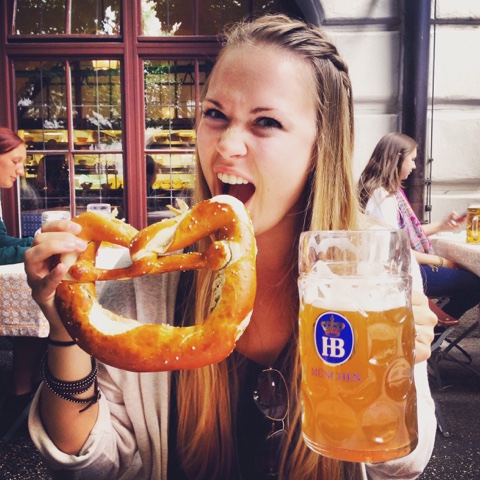 There was a pretzel girl going around selling these massive pretzels to go with the massive beers. 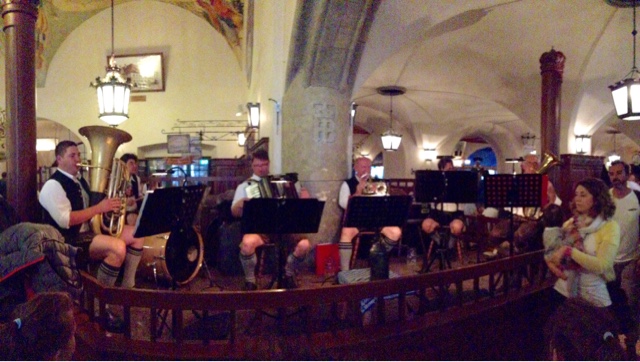 We moved inside as it was getting busier and a 6 or 7 person band was playing German style music. There was barely any seats in this giant beer hall so mike and I agreed to each set a timer for me to go find seats for us inside for 5 minutes, and if I wasn't back by that time, then I found some seats for us. Fortunately, I found a couple where two people just left. 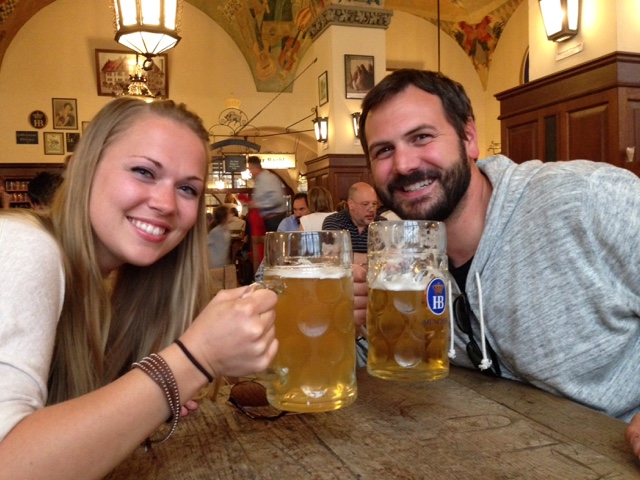 We took a picture for our new friends sitting next to us who happened to be from Italy, and they took one for us. 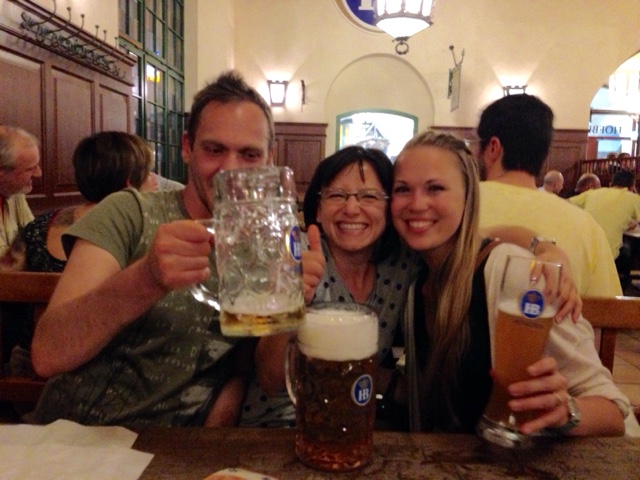 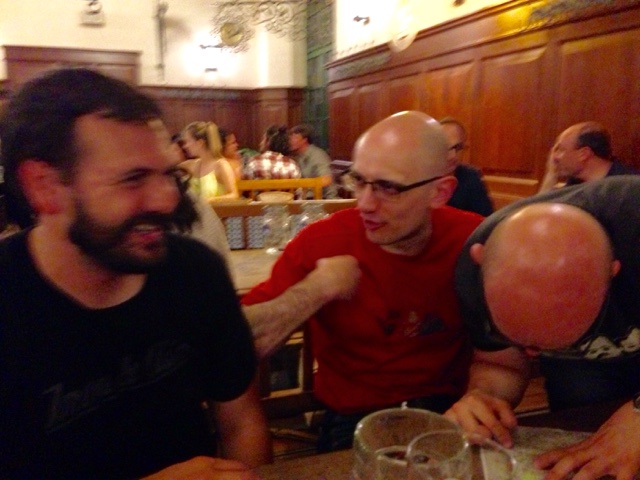 They were on holiday and were making fun of this guy in the middle who worked too much and never took vacations. We got him to drink probably more than he should have! There were lots of cheersing  to be had. And we even exchanged emails for if they were ever back in the states. 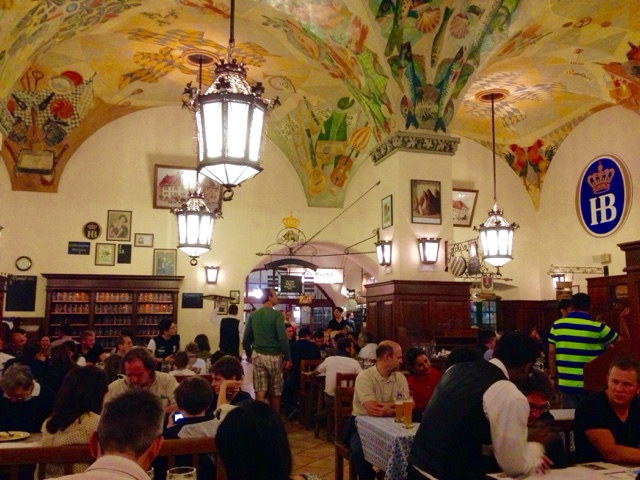 This was only one room of the beer hall. It wrapped around to be a big square of a building with the Biergarten in the middle. 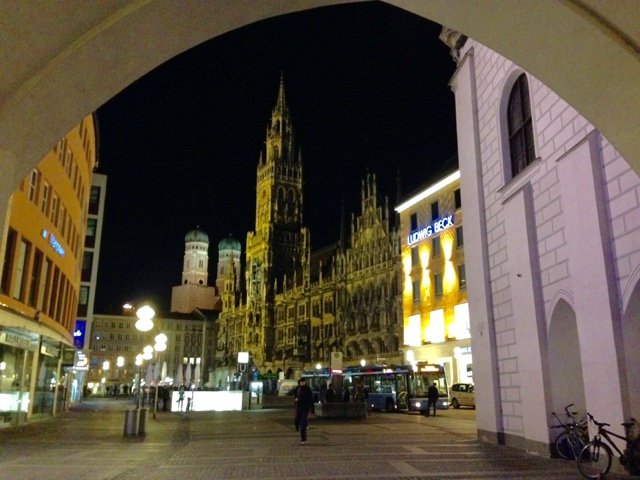 Marienplatz square at night on our way home after we basically closed out the beerhall. We went back to our room, ate some food and passed out.

Today we are going to explore more of Munich, check out the Olympic stadium and possibly the Nymphemburg palace, and tomorrow we drive the romantic road and tour the Dachau Memorial.