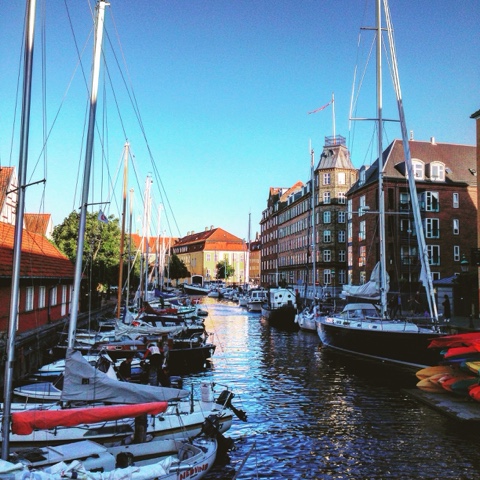 Welcome to Copenhagen (copenhavn), where the bicycles are plenty, the beer you can drink on the canal or walking down the street, and where some people call it the "Venice of the north" with their canals. 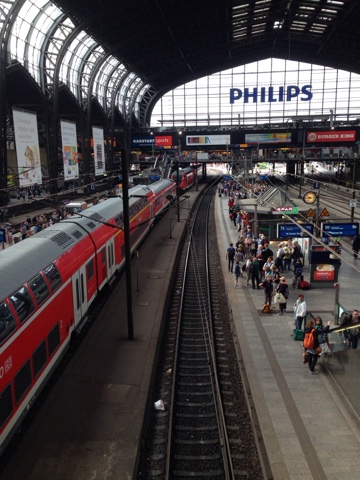 It was the longest trip we have taken so far, the total trip from Munich to Copenhagen was close to 16 hours. We jumped on the overnight train at 10pm until 8am, and switched to a different train in Hamburg where we were on it until 230pm when we arrived to Copenhagen. 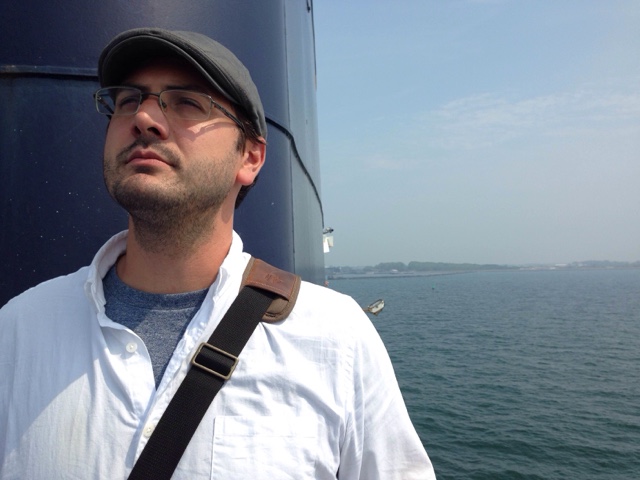 During the trip, mike was majestically looking off into the distance of the boat our train boarded. We never experienced a train riding on a boat before, but we got food and a chance to experience the Danish krones for the first time when we saw that an order of fries was 26 Dkk, but it was really about 4 euro. 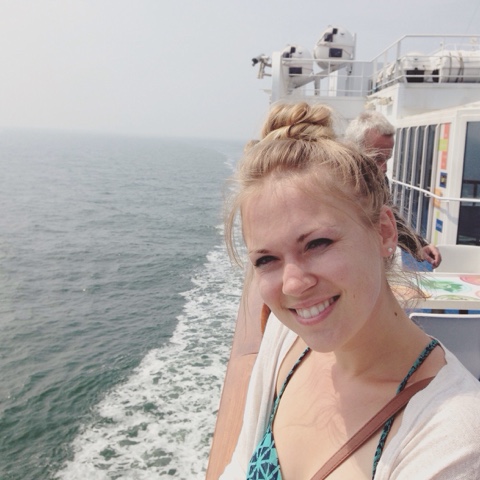 The boat ride wasn't too long, and it gave us the chance to see the country's shoreline. 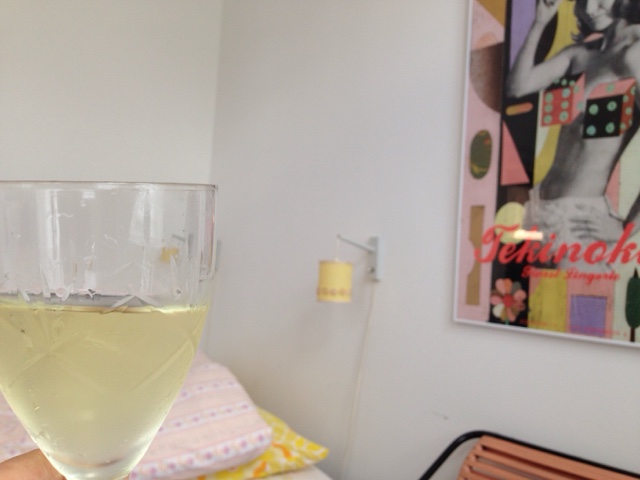 We got to our airbnb apartment after boarding the wrong bus. Something we weren't find of happening after 16 hours of travel. We took a nap after enjoying a mini bottle of champagne since we didn't get a ton of sleep on the train ( it was a room of four bunks, and there was a Chinese man snoring in the most peculiar way we've ever heard, like there was a flap inside his mouth.) 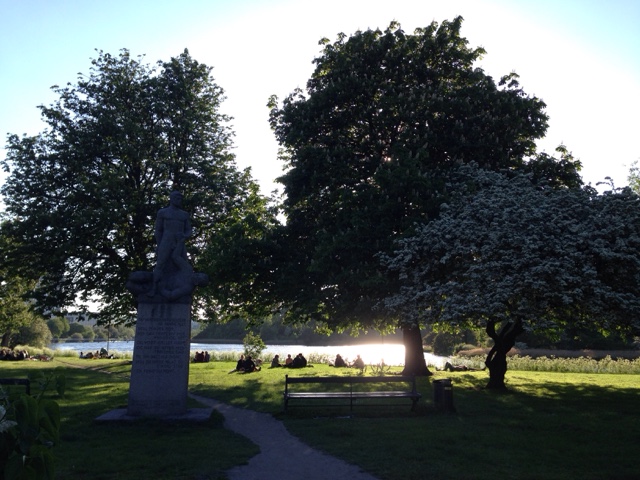 We woke up from our nap and went on a mission into town to find food. This was all people sitting in this park drinking beers, champagne, you name it. 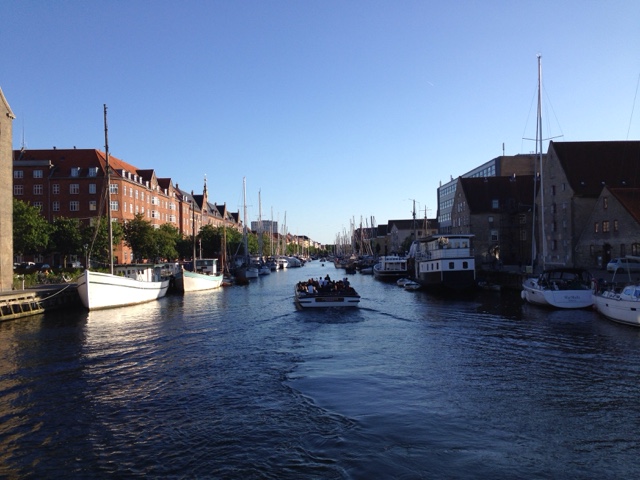 Lots of boats and canals. 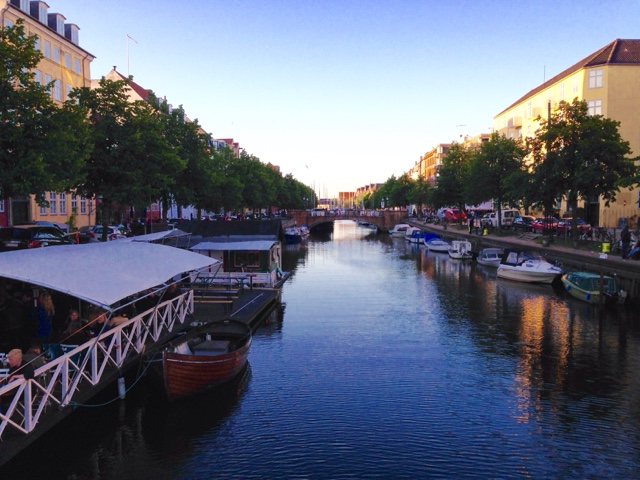 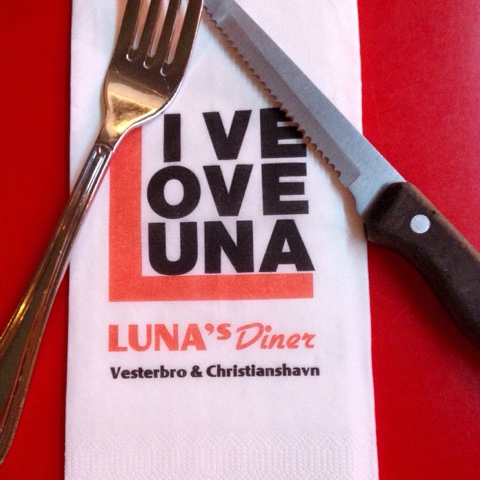 We found a little diner that boasted great reviews and had a variety of options. I had a chicken stir fry noodle dish, and mike had a chicken Kiev, like a cordon bleu with cheese and brocolli. 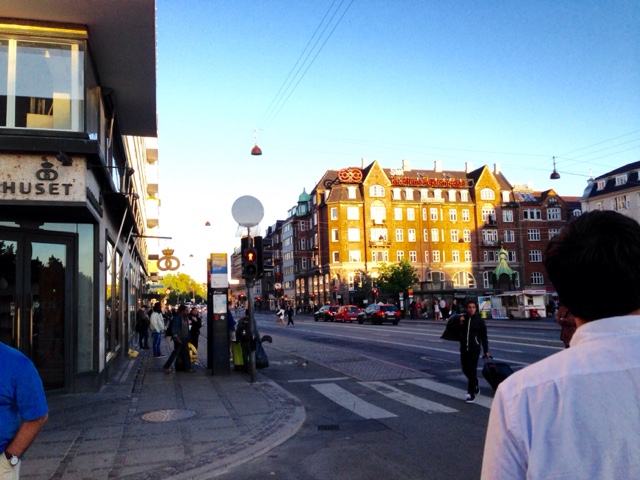 We walked back and stopped at a market on the way home to pick up some breakfast and beers. It was a Saturday night but we were still beat from the traveling so we took the time to plan out some of the final details of our trip. 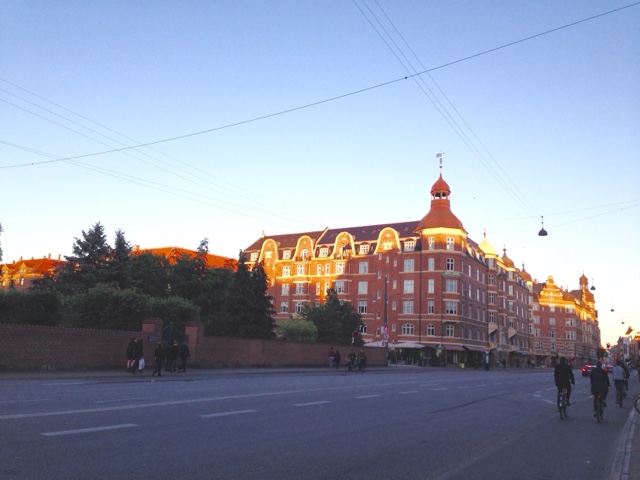 Tomorrow we move to a different location closer to the center of town and see some more of their attractions.