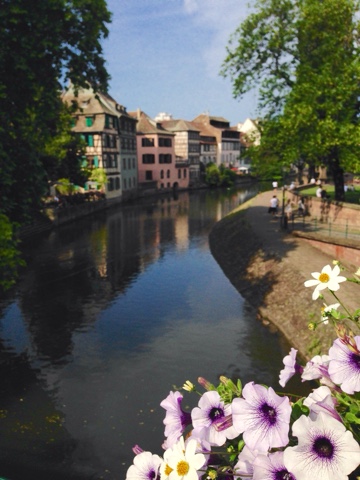 Today we slept in, and had a late start to our day. But then we sauntered over to Strasbourg unesco site on the Grande Île (Grand Island). 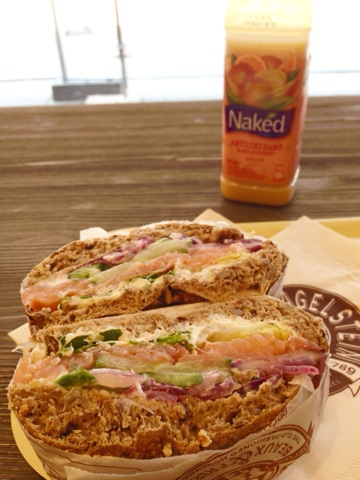 We got cheap brunch at the Bagelstein, similar to bagelworks back at home. Mine had salmon, cream cheese, tomato, cukes, and onion on a multigrain bagel. 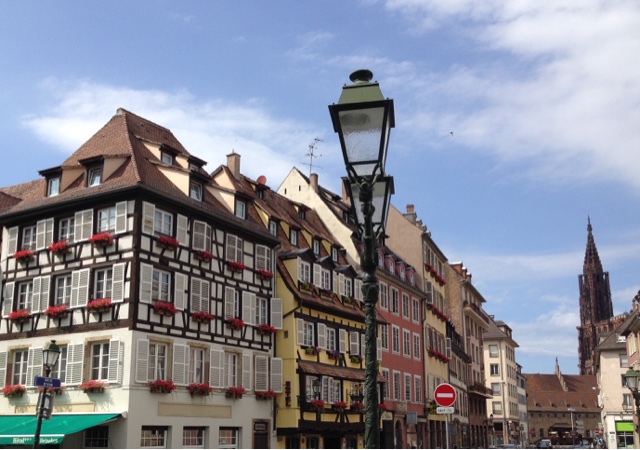 We walked over to the train station real quick to grab our tickets to the champagne region of France. 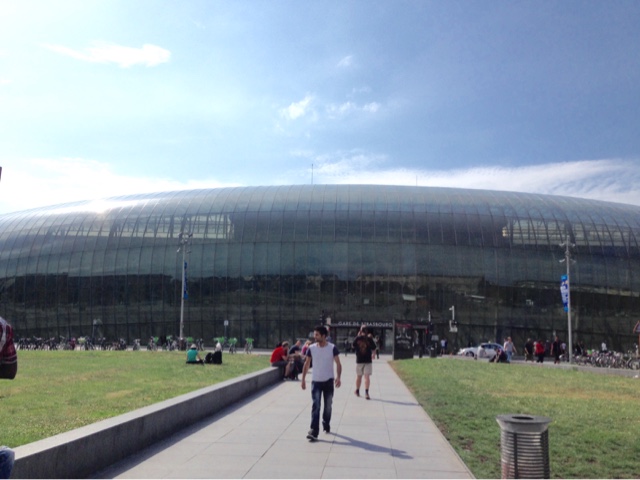 Am I entering a biodome? Naw, that's the train station. 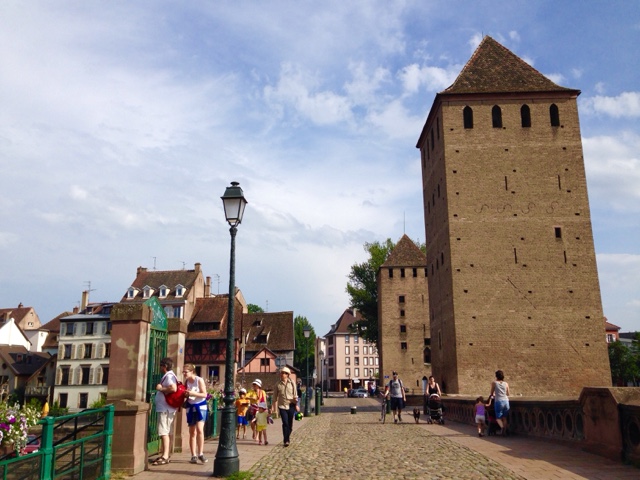 Here's the bridge on the unesco site with the three iconic towers.

I'm so good at counting. 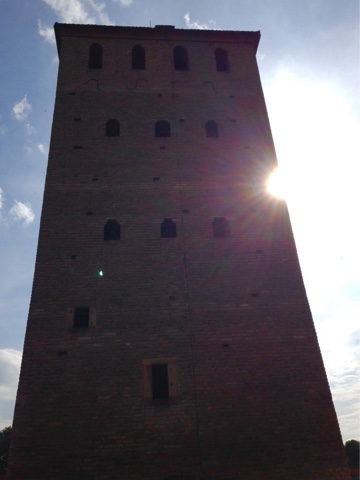 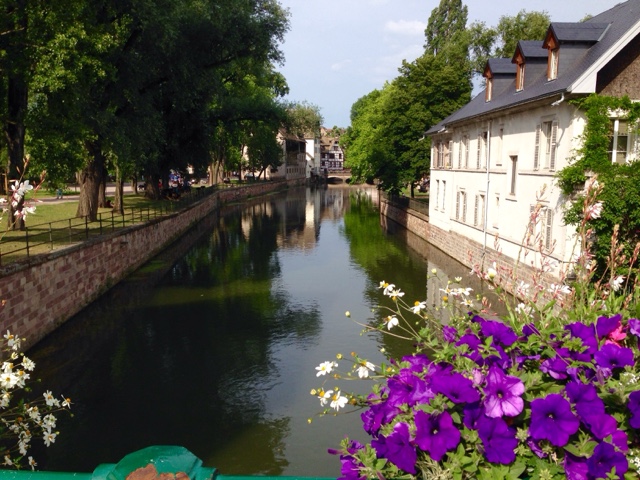 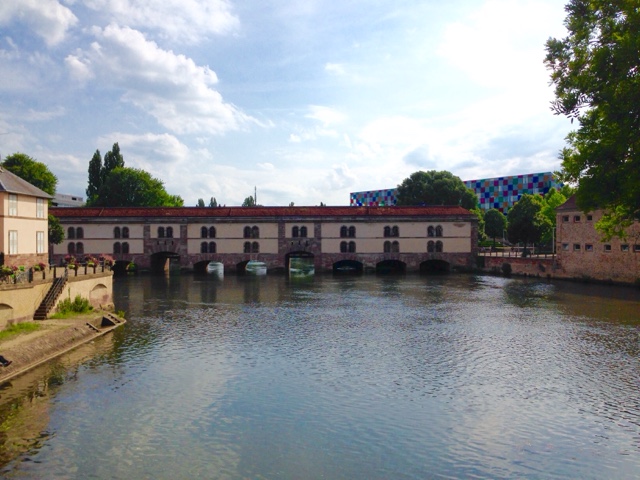 There was a bunch of kayakers and swans and stuff but I got all that on the Nikon.

There is actually some interesting history about these sights and why they are added to the unesco list. I pulled this right from their site:

The Grande Île of Strasbourg is an outstanding example of an urban ensemble characteristic of central Europe and a unique ensemble of domestic architecture in the Rhine Valley of the 15th and 16th centuries. It represents the eastward vector of the Gothic art movement. The considerable influence which this model exerted on the statuary arts in the Germanic countries can be divided into three successive phases: the influence of the Pillar of the Last Judgement, the influence of the rood-screen, and the influence of the doors of the facade. Goethe considered Notre-Dame de Strasbourg to be the Gothic cathedral par excellence.
Surrounded by two arms of the River Ile, the Grande Île (Large Island) is the historic centre of the Alsatian capital. It was the site of the Roman castrum of Argentorate, the two principal axes of which have been respected by modern urban development. The Rue des Hallebardes and the Rue des Juifs are laid along the cardo while the Rue du Dôme and the Rue du Bain-des-Roses are two segments of the decumanus. Within a small area the Grande Île contains a remarkable monumental ensemble.
Rising above the high-pitched roofs with multi-storied dormer windows, several churches stand out on the skyline. The cathedral, whose single spire dominates the Alsatian plain, and the four old churches of St Thomas (12th-15th centuries), St Pierre-le-Vieux (13th-15th centuries), St Pierre-le-Jeune (12th-15th centuries), and St Etienne (12th century), are more than just isolated monuments: they fit coherently into an old quarter that exemplifies medieval cities and reflects the evolution of Strasbourg from the 15th to the 18th centuries. The cathedral, which is the principal element of the World Heritage site, illustrates this historic and urban coherence. It cannot be dissociated from the Oeuvre Notre-Dame, the institution which controlled the funds for its construction and upkeep. However, it is also closely tied to the Palais Rohan, built by the Rohan family in 1732-42 facing the south end of the transept as a residence for the cardinals, princes, and bishops of the family. The cathedral is closely linked with the Collège des Jésuites (now the Lycée Fustel de Coulanges) which adjoins it.
UNESCO itself stands for The United Nations Educational, Scientific and Cultural Organization and it seeks to encourage the identification, protection and preservation of cultural and natural heritage around the world considered to be of outstanding value to humanity.

Places as unique and diverse as the wilds of East Africa’s Serengeti, the Pyramids of Egypt, the Great Barrier Reef in Australia and the Baroque cathedrals of Latin America make up our world’s heritage.

What makes the concept of World Heritage exceptional is its universal application. World Heritage sites belong to all the peoples of the world, irrespective of the territory on which they are located. 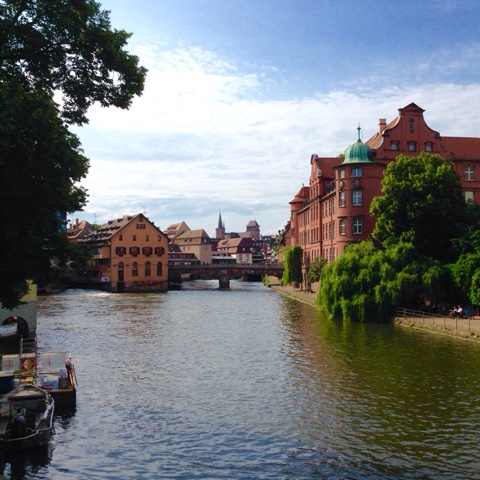 Strasbourg was cooler than I expected. And less touristy for sure. A refreshing breather. 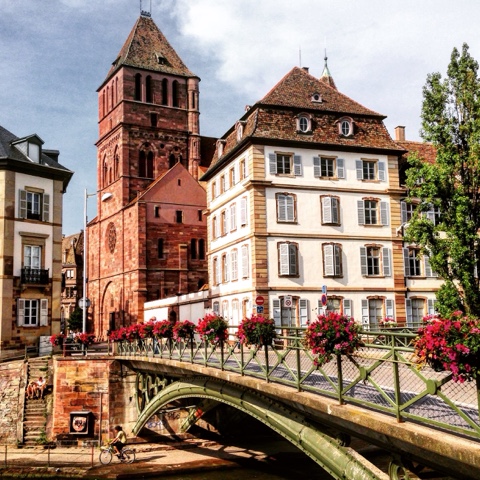 Look how good my timing is with the couple and the bicyclist in the bottom corner. 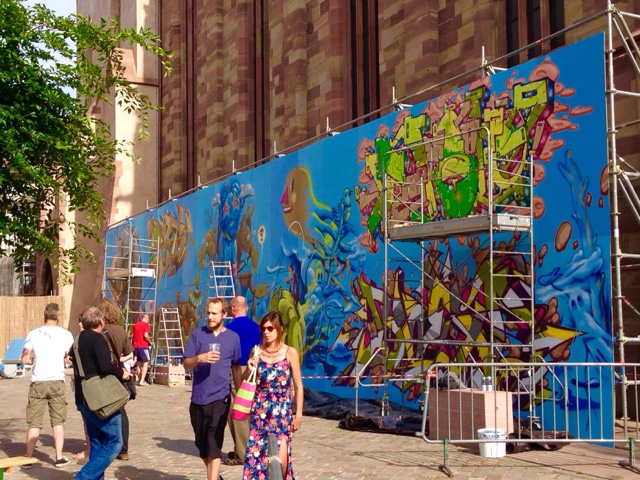 We stumbled upon a graffiti/art show. 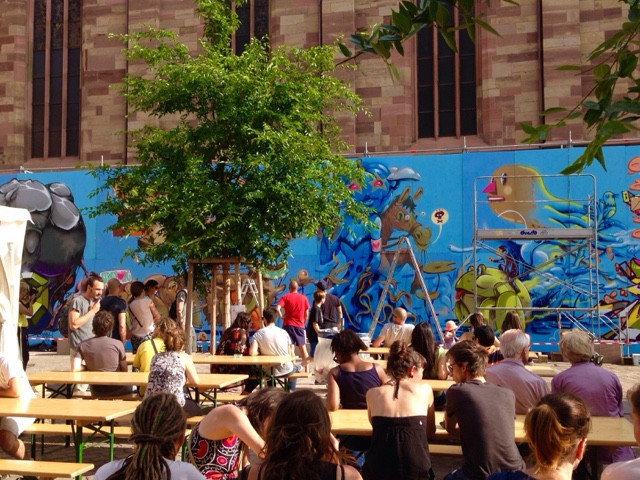 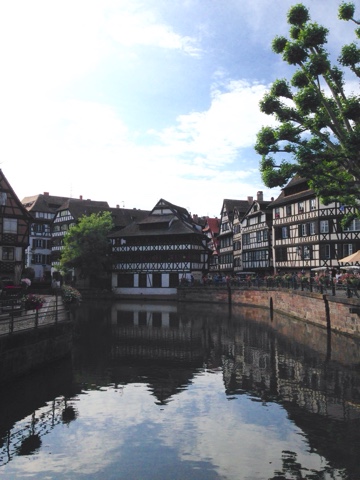 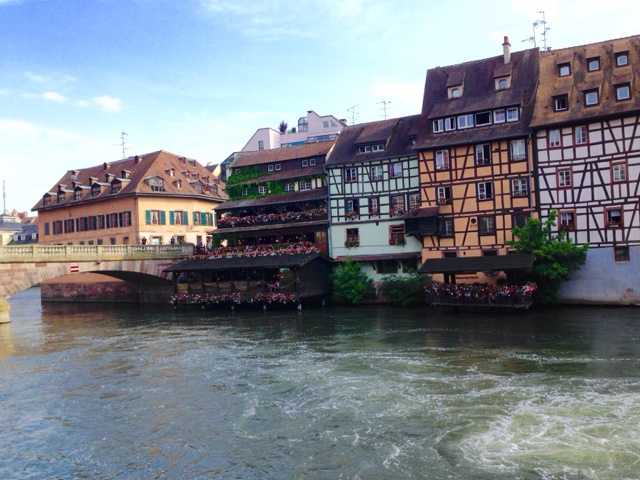 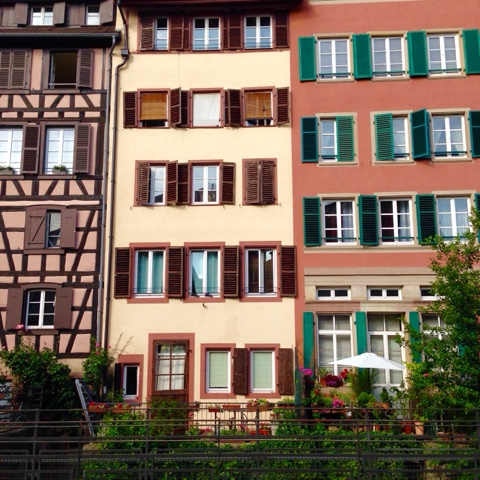 I like that tree a lot. Let's get a closer look. 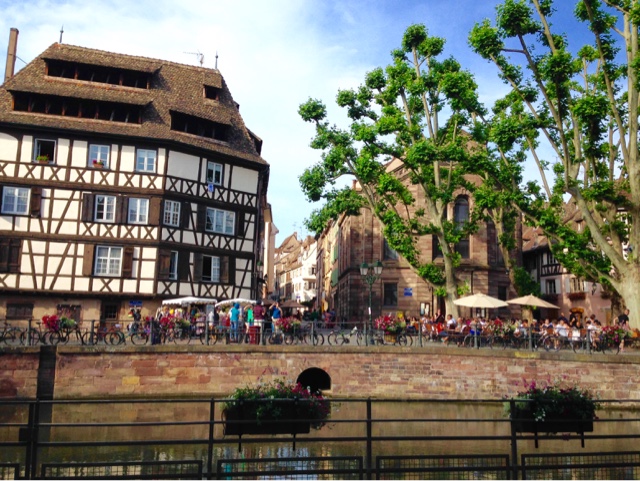 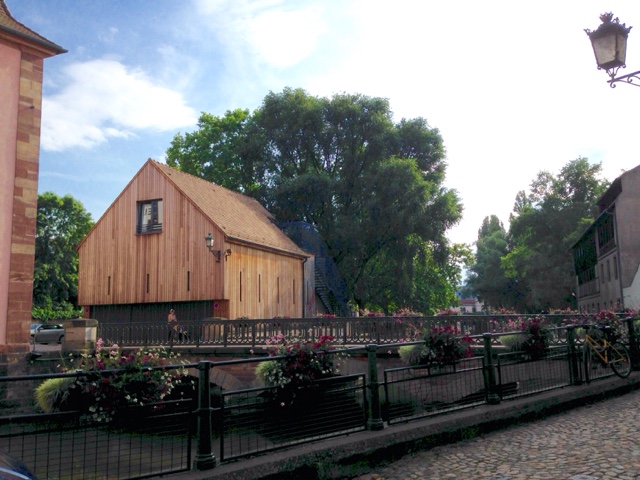 I think at this point I was too hungry to take more photos so I don't have any of the pretty sunset shots we got on the Nikon. We went to one of the spots on the water and grabbed a bite before we went back to our room and watched French TV. We liked that we stumbled on Die Hard in french because there's hardly any dialogue.

Tomorrow we catch our train to the Champagne region of France!