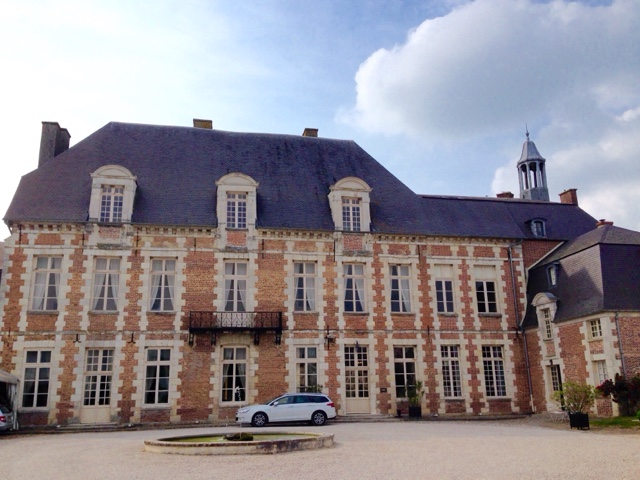 Let's start this post by saying Wow. I have never seen or experienced anything like this. Today was one for the books. 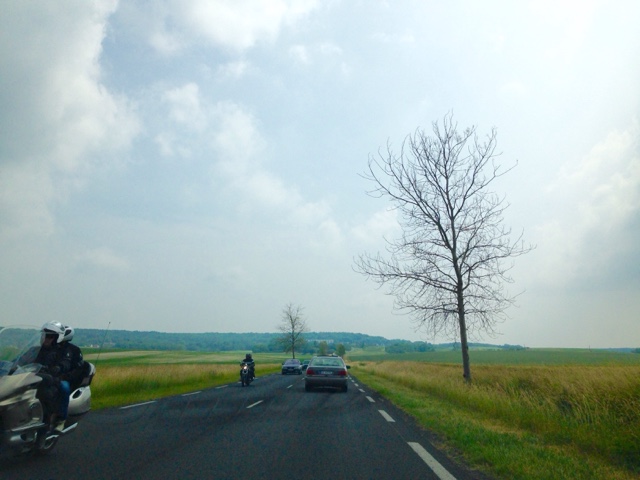 We rented a car after taking the train to Rheims, France. A cute little French Citroen car, nothing fancy but got us from point a to b. 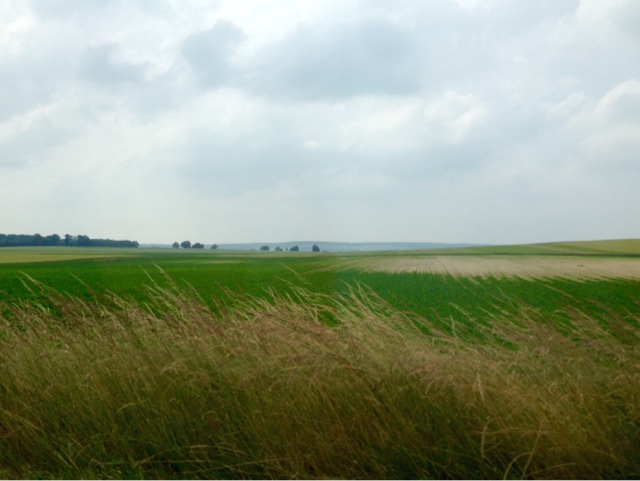 We got to see a bit of the French countryside. 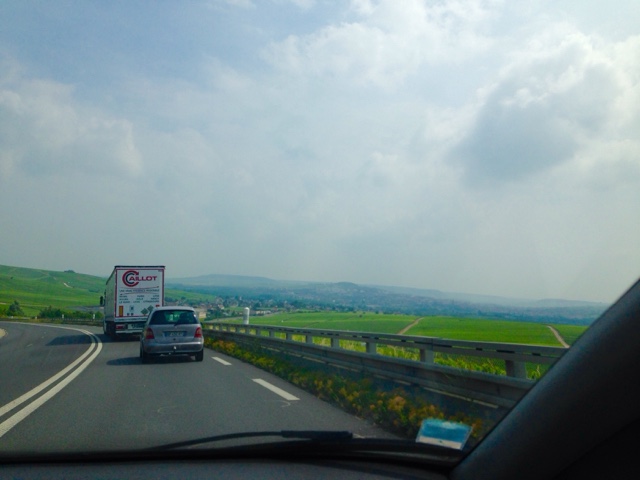 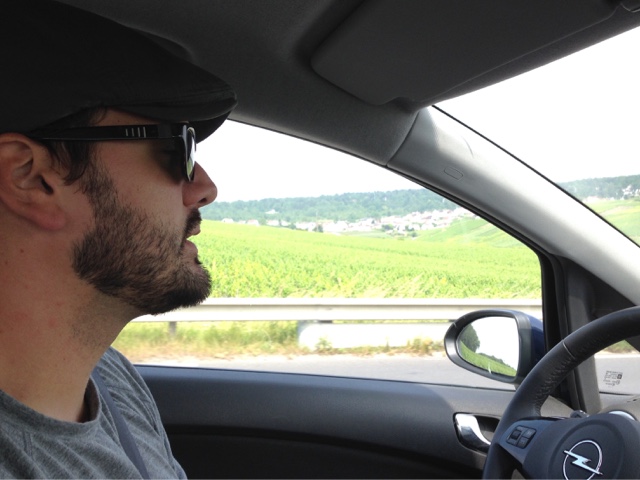 And we drive by plenty of vineyards. Mike noted that the drivers here weren't as crazy as in Italy and Germany. 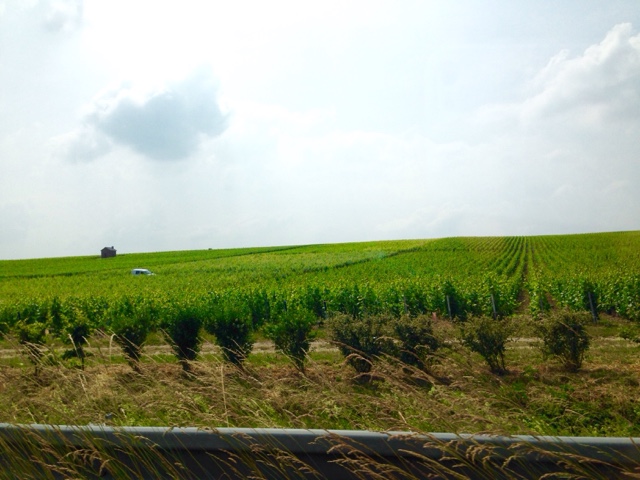 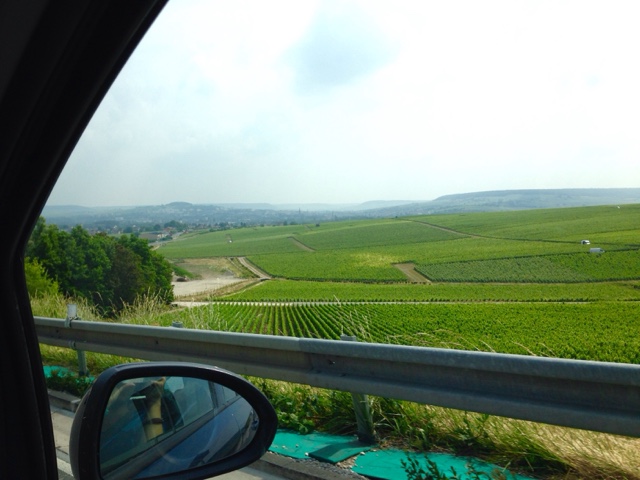 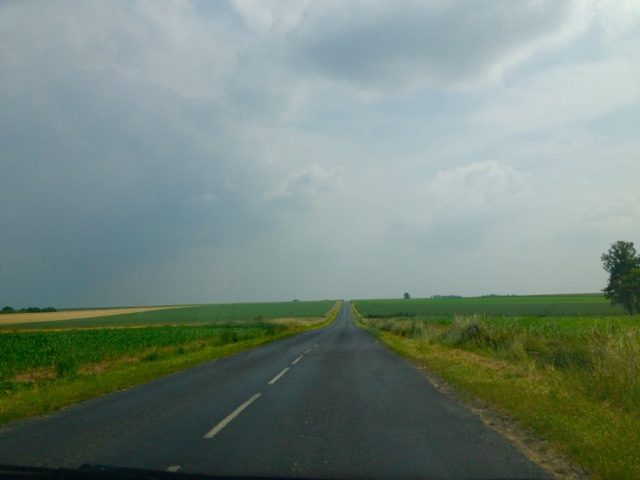 It was a lot flatter than we expected. 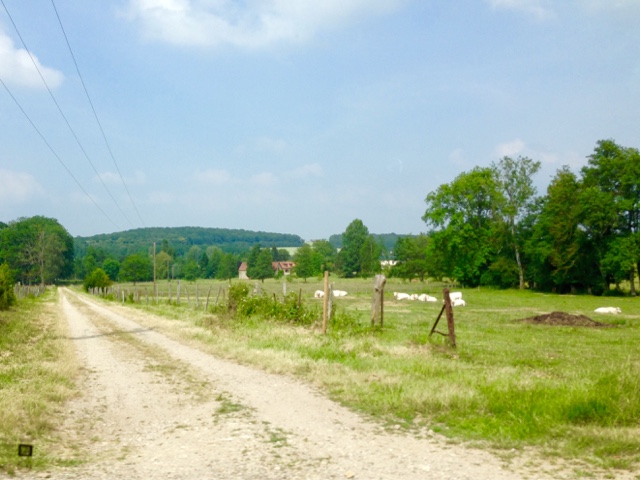 We drove by some cows. 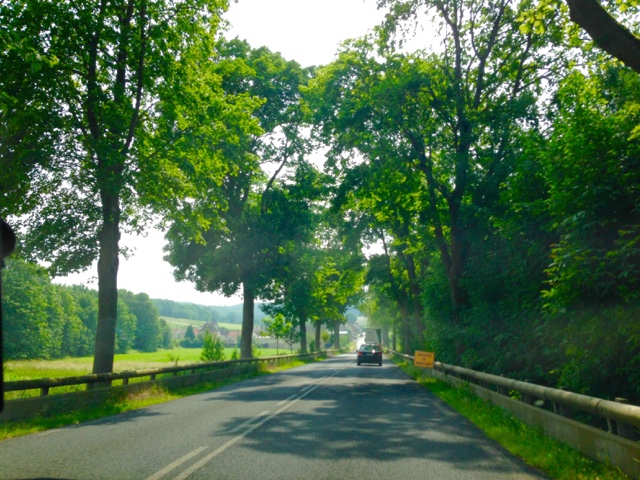 And rows of trees. 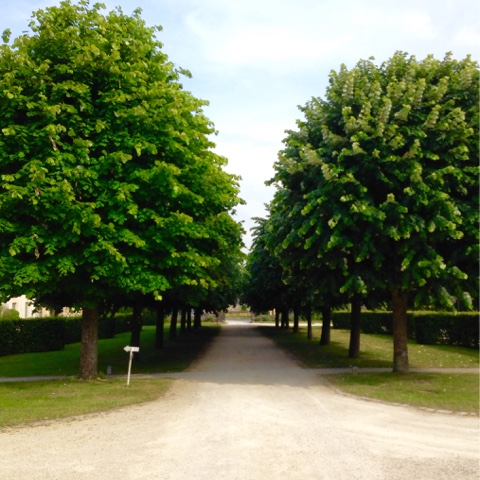 The entrance to the chateau.

It was really breathtaking. 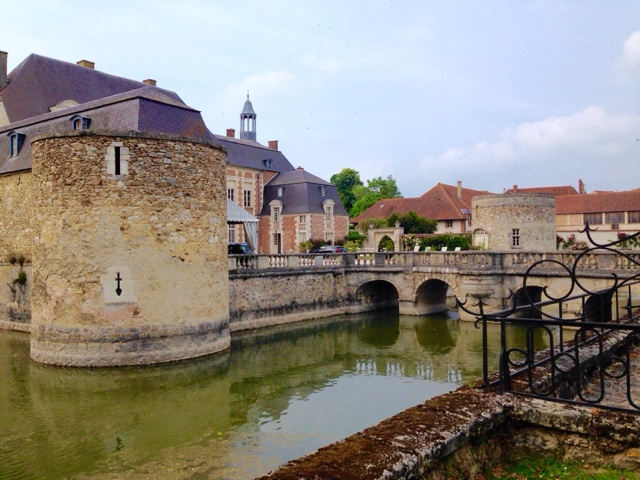 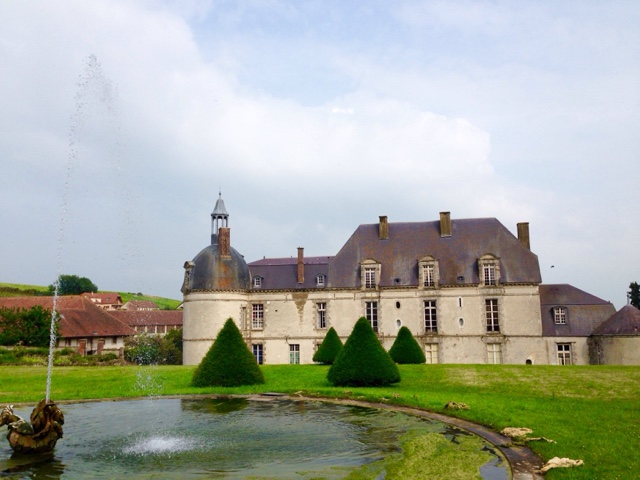 I forgot to grab a photo of the spiral staircase but I'll get more of the interior later. 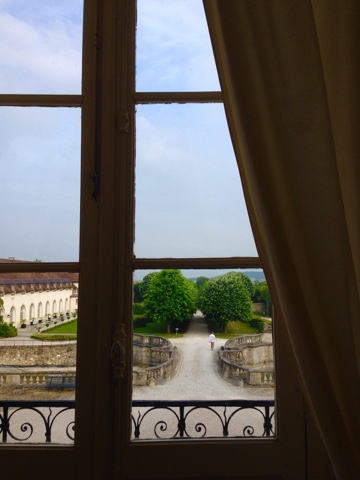 View to the outside from the hall. 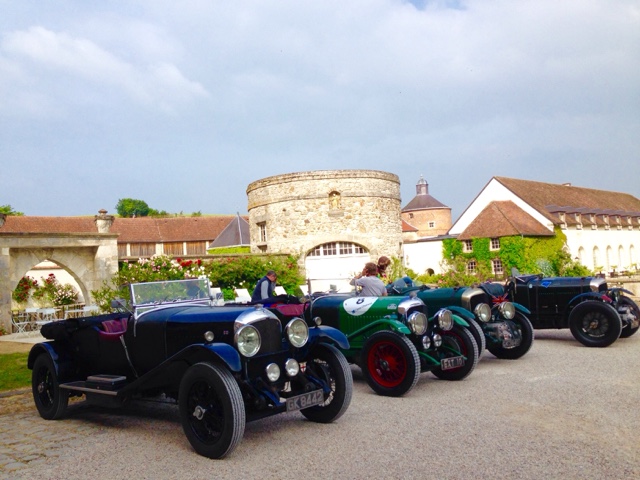 Four 1920's Bentley's showed up with British racers which caused quite a scene. Other guests from the hotel came out to check them out and grab a drink on the terrace. 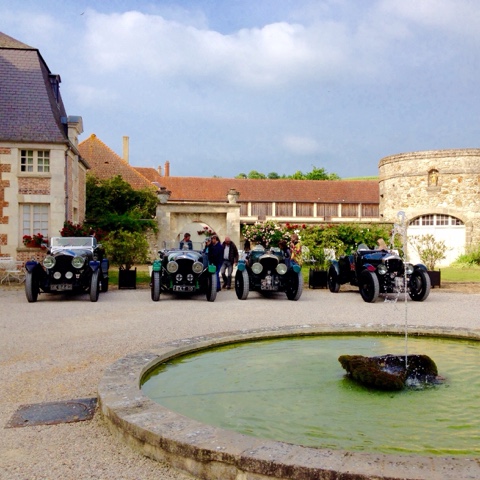 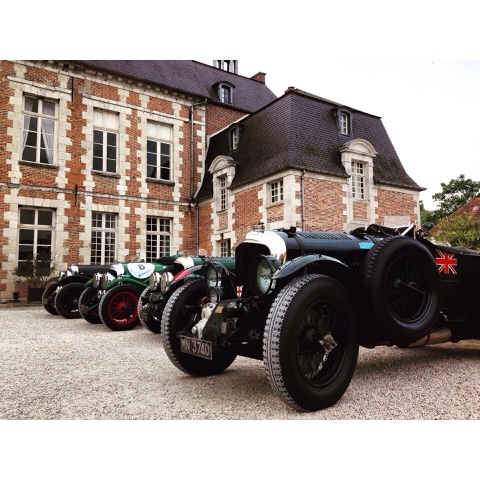 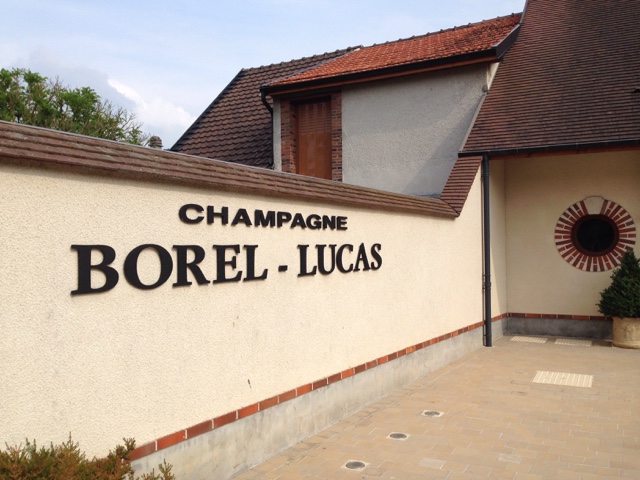 We had a champagne tasting where we tried three different types and ended buying one to drink on the terrace. 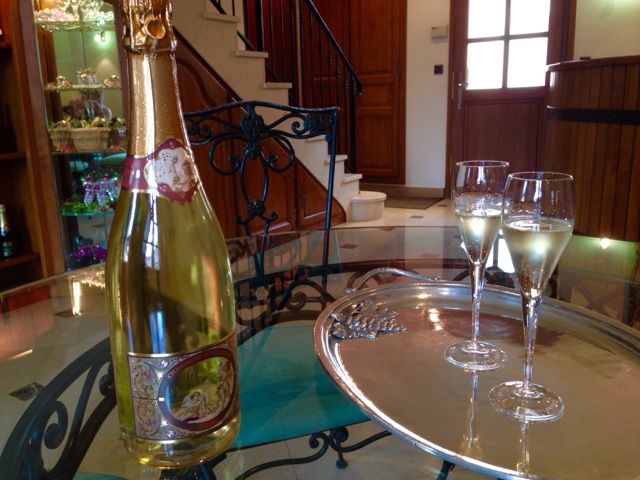 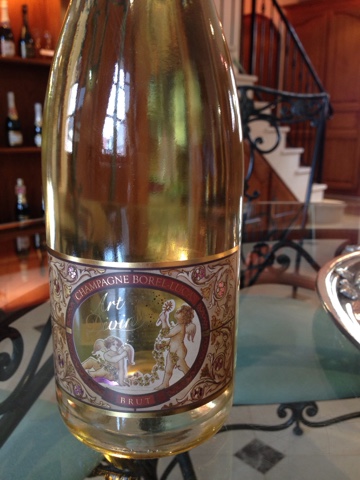 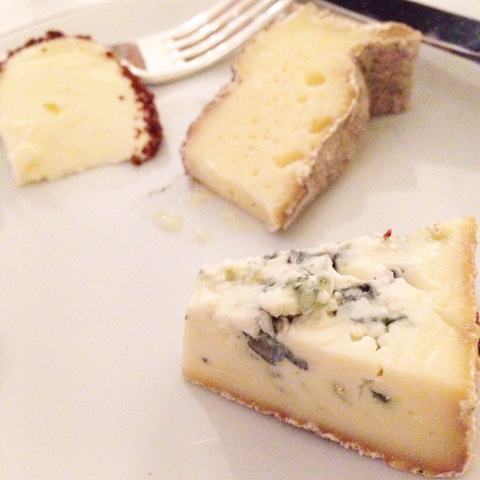 We had one of the best meals of my life. The ash cheese in the middle was my favorite. 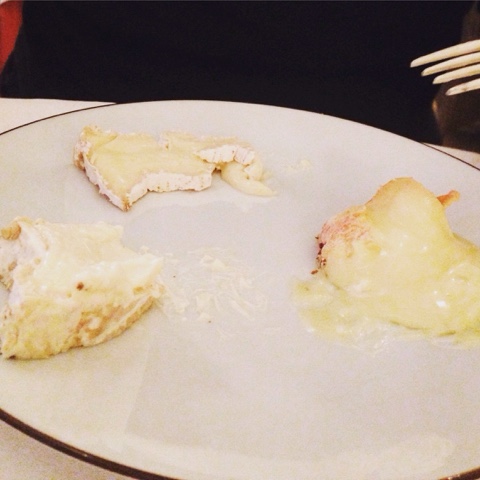 Mike also liked the middle one on his plate. A recommendation from the house. 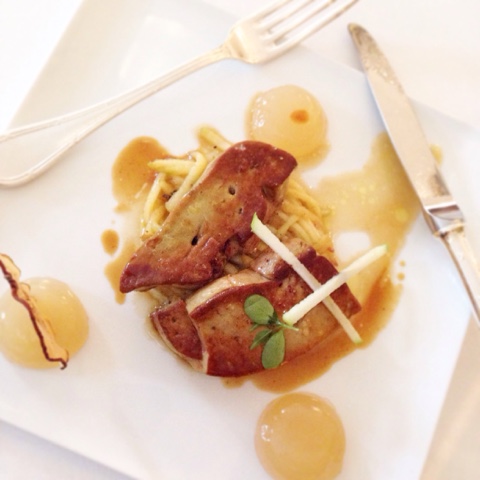 The star of my night was the foie gras. It was one of the best things I've ever tasted. There were julienne apples and caramelized onion pectin drops. 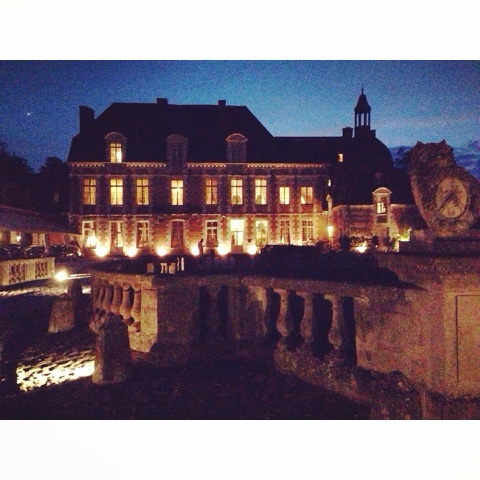 The meal was so satisfying, I literally fell right to sleep when I got back the room. The day couldn't have gotten any better.