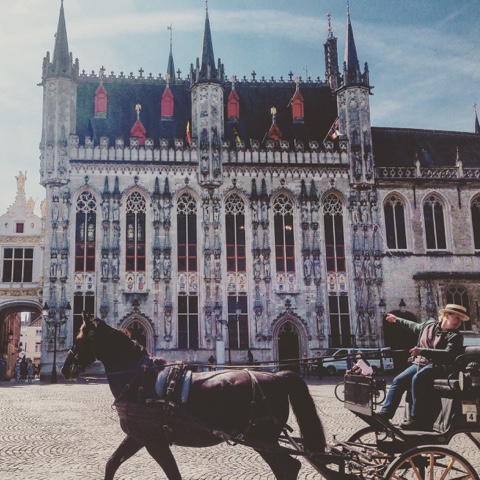 Oh Brugge. You're so pristine and untouched by the wars that ravaged Europe with your stepped buildings and original churches and horse drawn carriages. It's hard to believe that there hasn't been one note of graffiti at all in your cute little town with a walkable radius of 30 minutes surrounded by canals. We were told by countless people to come visit you instead of Brussels, and you haven't let us down. 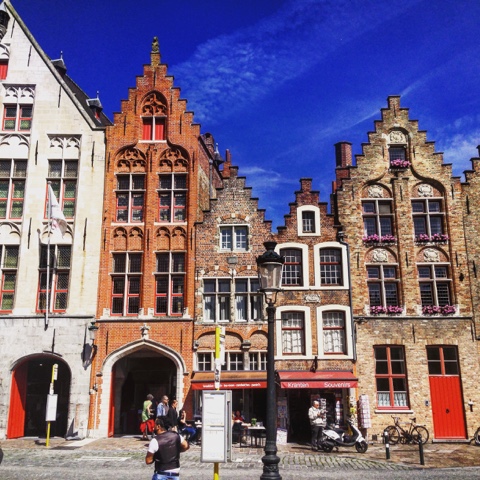 Around every corner there are narrow little buildings with little shops and cafes. 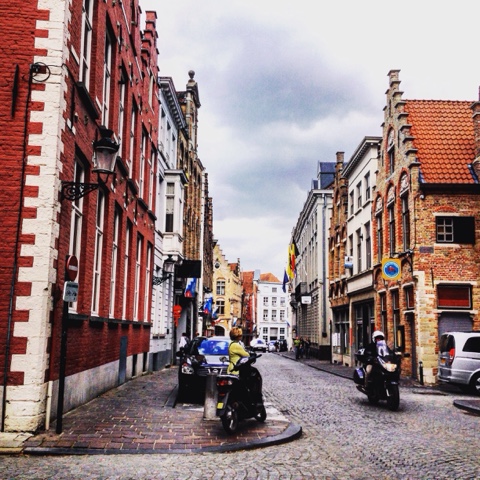 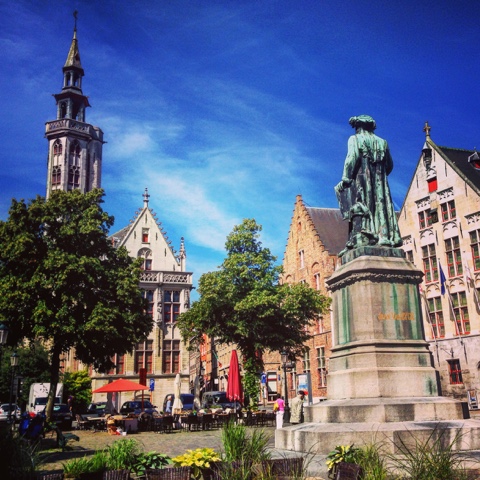 Or a little square full of flowers and statues. 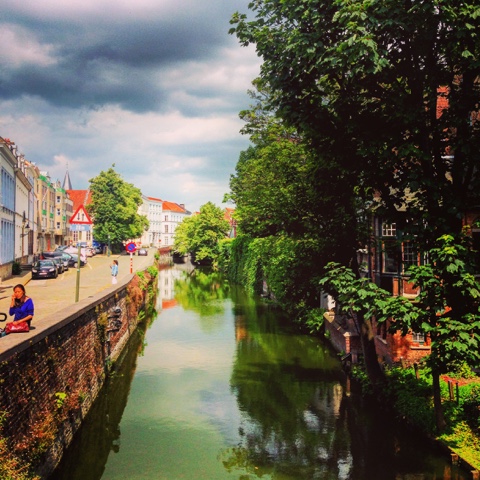 Really hard to dislike Brugge, and it is a nice change of pace from all the big cities we've been seeing. 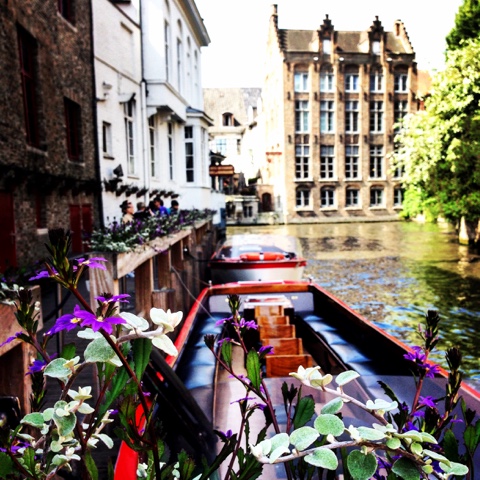 We took a canal tour around Brugge where we got to hear a bit about its history. Many of its bridges were built in the 1300s. 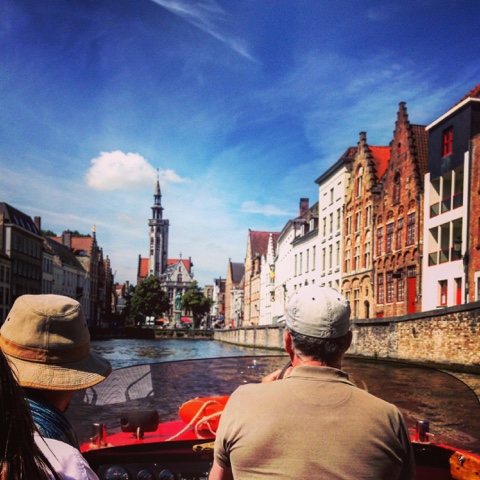 Our guide spoke both English and French, and I'm sure Flemish. One of the native languages here. 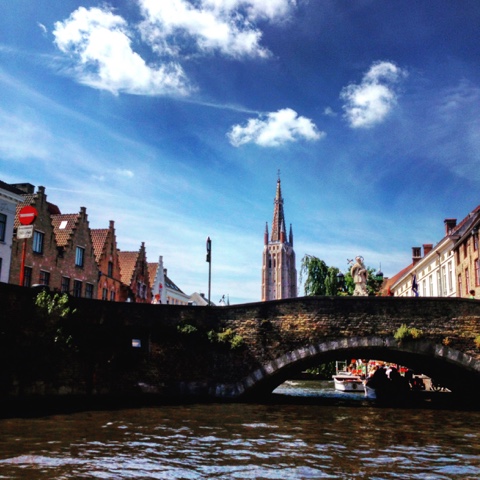 It was a perfect day for it, temps in the low 70s. 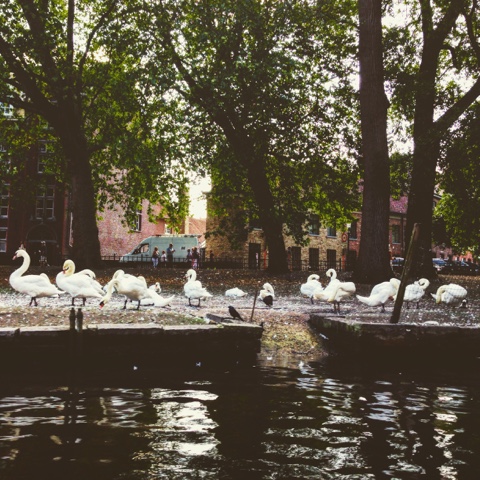 We floated on by a group of swans, which are protected here and are of original heritage for centuries. We heard that apparently they found a black swan one day, when there was never any black swans. They found out that the black swan is from Australia, somebody brought it in. So they have been trying to catch it for over 6 months, but the white swans are protecting it, and the white swans are protected so that nobody can interrupt them either. Oh dear what a mess. 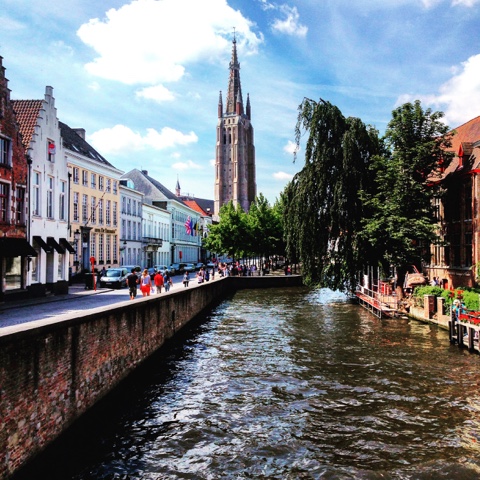 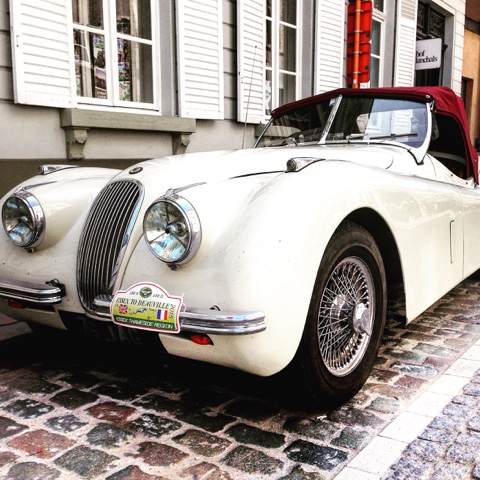 We saw an old jaguar on the way to the Beer museum. 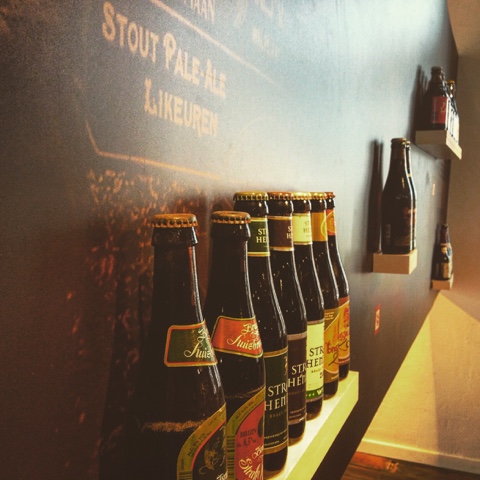 It was an interesting tour, talking about the history of beer making in Belgium and the way the traditionally made it before refrigeration and engines versus modern techniques. It certainly worked up our thirst for some Belgian beer, which was included at the conclusion of the tour. 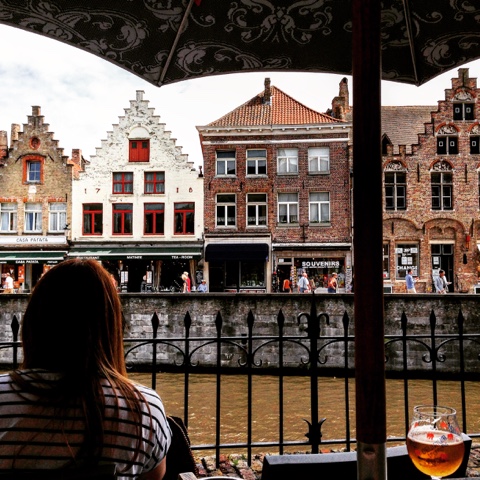 We went over to the locals spot, a terrace on the canal, great for people watching. They had a drink called the kwak which came in a glass that was a bowl at the bottom and long and thin at the top, do that if you didn't drink it right you'd get kwak'd in the face. Mike thought about it, but went for the IPA instead. Smart move mike. Smart move. 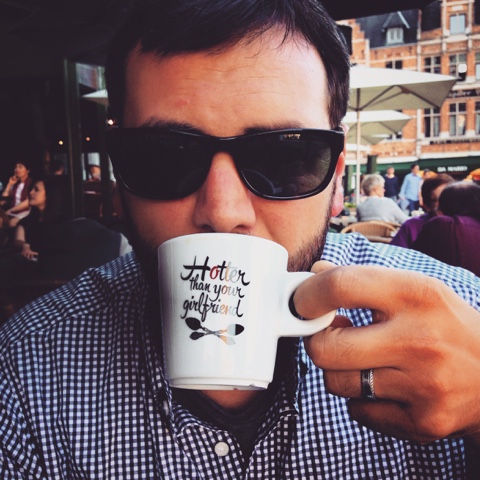 We needed some coffees after all that strong Belgian beer. 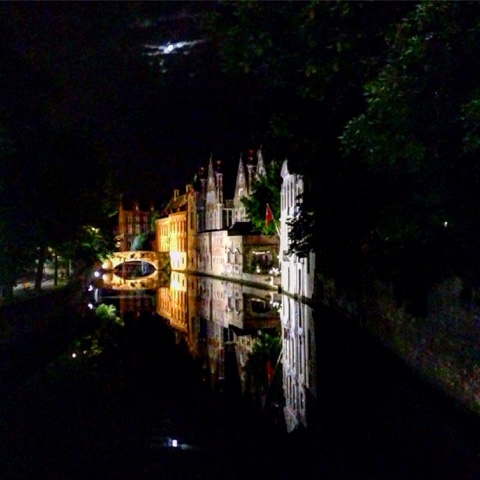 We took a walk at night through Brugge to get some shots. The bridges and reflections were out if control. 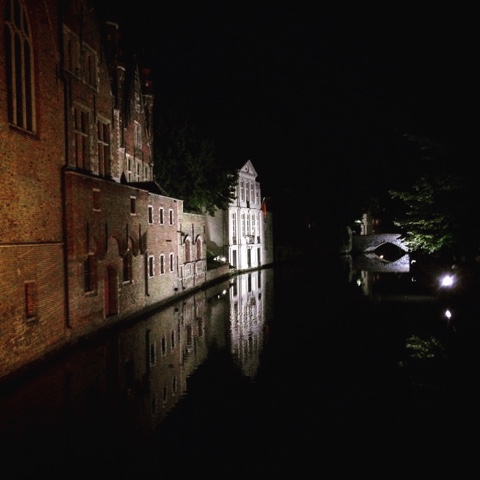 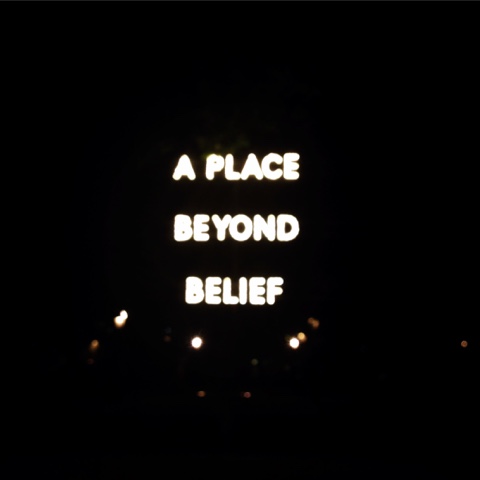 Here was an art installment in one of the squares. Between having frites, Belgian waffles, beer and chocolate it really is a place beyond belief.