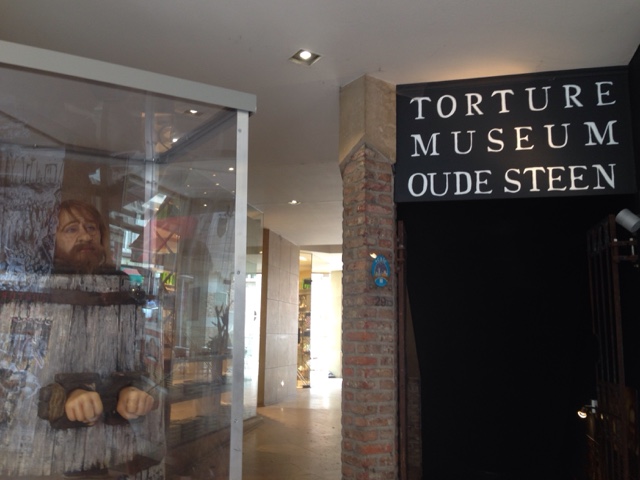 So we heard about the news back at home about marriage for all in all 50 states, what a great day! So glad that there are already parades planned (just like we saw in Strasbourg!) and that we'll be able to celebrate when we return next week. Love wins!

Today we saw your not so typical museum, but an interesting part of our history. The torture museum houses actual tools and furniture used for torture and explained the way that they believed that fear and torture were the best ways to get confessions out of people or to punish them for their crimes. The sad thing is and the reason it is not prevalent in this day and age is not only do we have a more sophisticated legal system, but back then for many innocent people they needed to possibly confess to something they didn't do in order for the torture to stop. 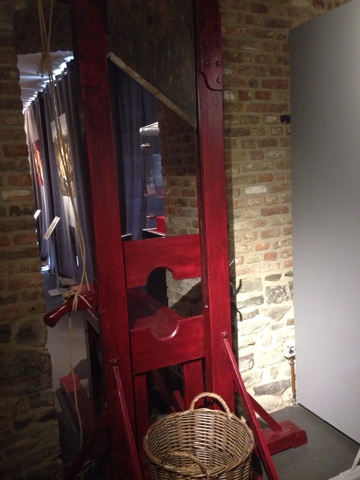 Some of the more identifiable torture devices were the guillotine, the stretching table, a pillory (holes for the head and hands to poke out of), burning at the stake or hanging, or the chastity belt.

It was not exactly the type of thing I thought I'd see in Belgium, but it is an interesting and very real part of world history that in some places still use it to this day, or in Game of Thrones. 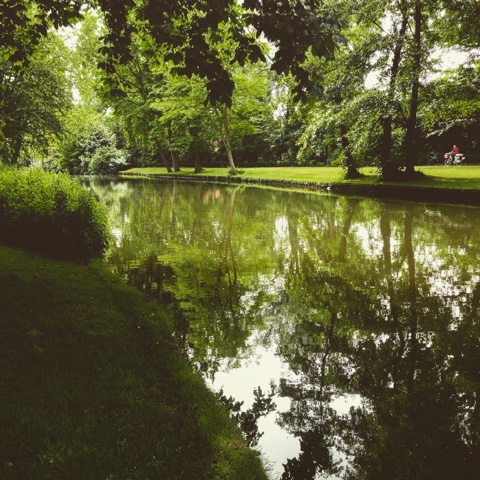 On a lighter note, we walked through a park along the outer canal on our way to go and see the old windmills. 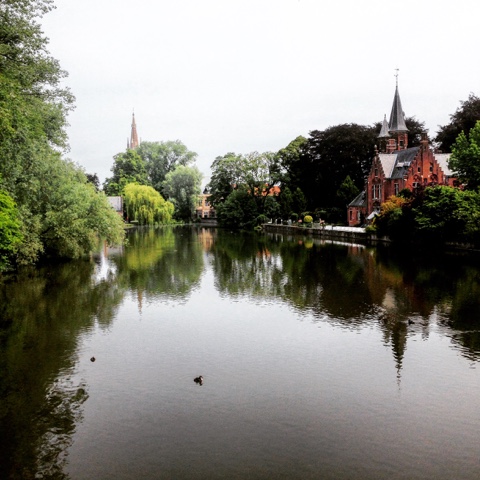 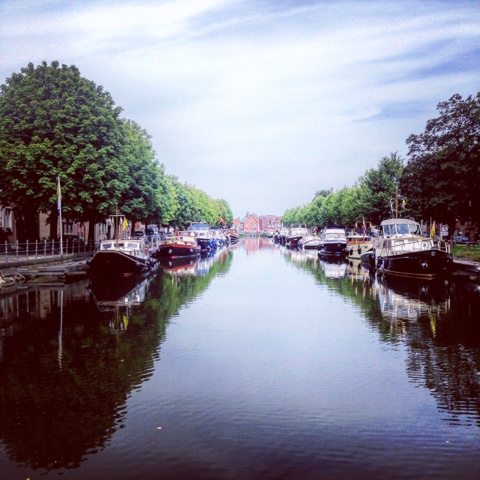 Lots of boats and ducks and surprisingly a lot of school children on bikes that we had to move aside for a good 5 minutes to let all of them pass. Must've been some type of field trip but it was cute because they kept saying hi to us and talking in Flemish. 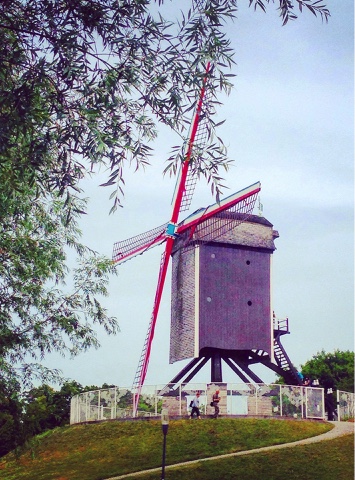 Here was one of the old windmills. We were actually allowed to go inside!

Here was one side. A bit dark but you see a big gear right in the center.

And here was the other side. 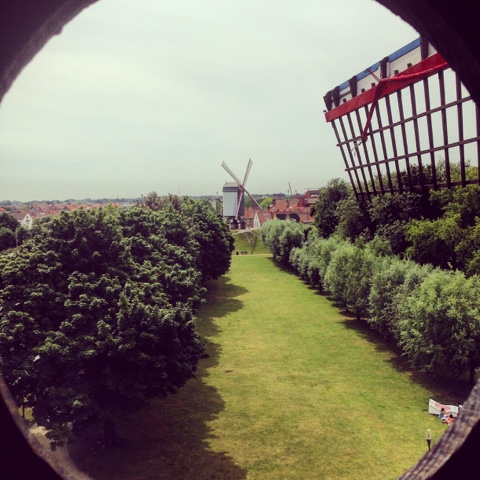 Looking out at the other windmills. 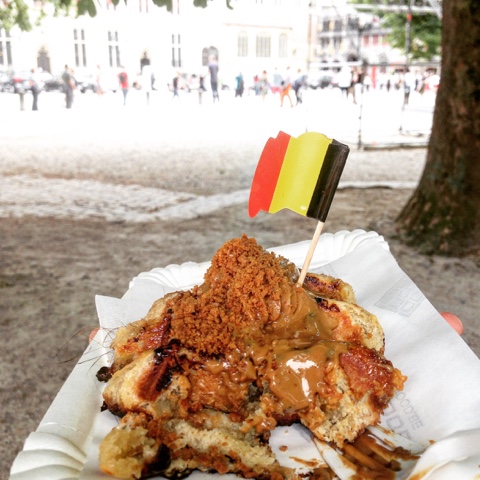 We came upon an intoxicating smell in Burg square and had to get some waffles from this food truck. I got the crumbly, which was caramel with cookie crumble, and mike got the traditional maply. 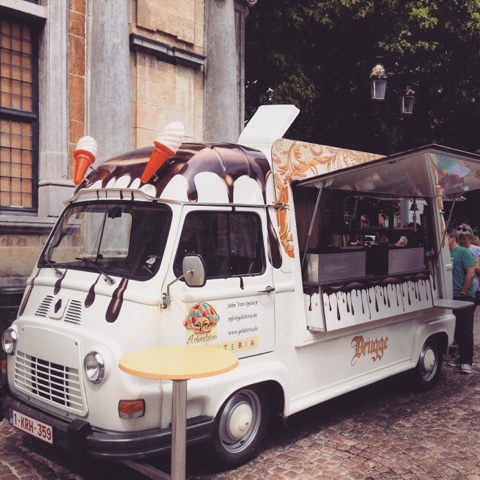 Look at how cute that truck is!

We grabbed some Belgian beers at an insiders scoop locals spot in a downstairs cellar of a church where that had like 17 beers on tap. This is literally beer heaven for me with all the Belgian beers, but definitely need to get some good ol' food in the tank after a couple. Most of the beers are around 8%-10% alcohol for 12 oz, where back at home we usually see beers with about half that.

We made some friends from Holland that ended up joining us at our table snd chatting until we all needed son food to soak up the beer. There was a frites food cart back in the main square that sold a hefty portion of fries for about €2.80 with any sauce you'd like (they don't have BBQ sauce I found out the hard way) but they did have curry ketchup which is almost as good. We instigated some Brits that were in line as well and headed back home to get some shut eye.

Tomorrow we go to a local crazed chocolatier who concocts his creations daily which may include weird combinations like fish chocolate or garlic chocolate, etc. Apparently he's famous and has two other spots in Belgium, one in Brussels and one in Antwerp. But his first shop started right here in Brugge!