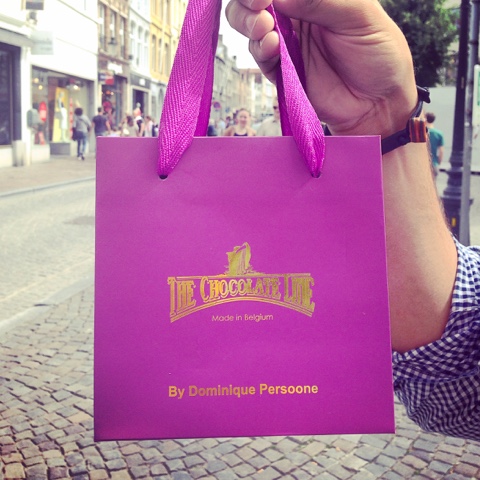 We went to the famed chocolate place in Brugge and were not disappointed. We are on the homestretch now to getting back home for the 4th of July, and really kicking off summer. 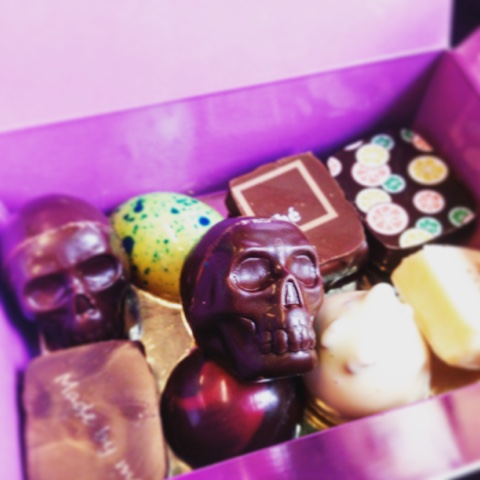 We had some interesting flavor combinations. The skull was a combination of praline, elderflower, and raspberry. There was also key lime, cognac, chilli and white chocolate, curry, earl grey tea, didier (roast arabica coffee and praline), and Cabernet souvignon. I thought the Swiss knew their chocolate, but the Belgians might take the cake, er chocolate. 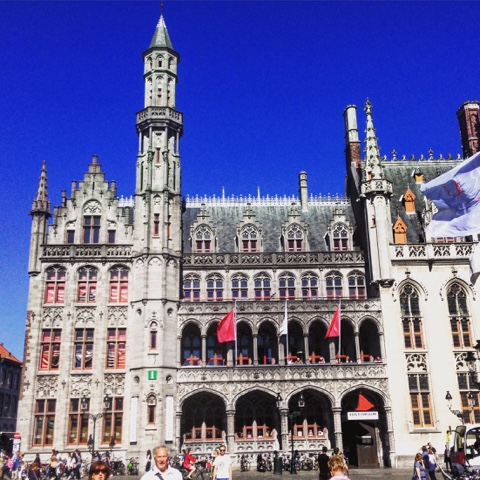 We learned a bit about Brugge history at historium, an interesting audio/visual tour that took you through each room as it would be in medieval times and explained the history through Jan Van Eycks painting assistant who live 500 years ago in Brugge. 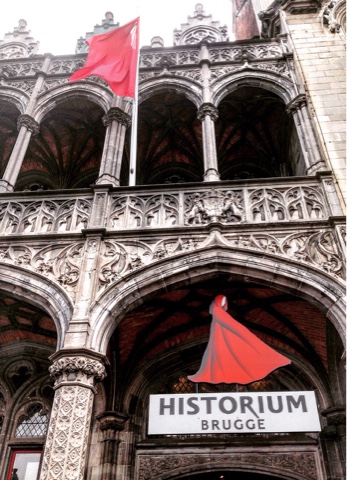 It was a love story as well. There's a famous painting in Brugge of the Madonna and child. The model of the painting became the painters assistants wife, and you can see their child in it as well as a green parrot. 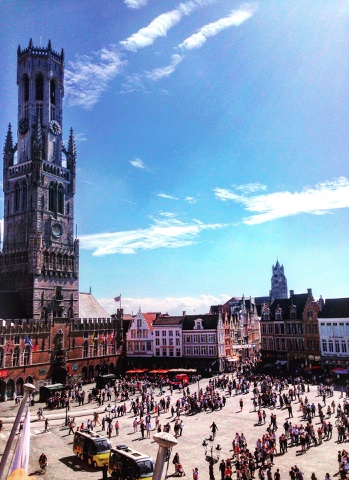 There was a view from the panoramic terrace. 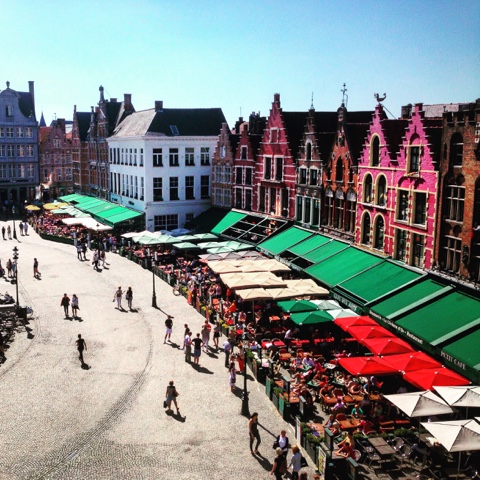 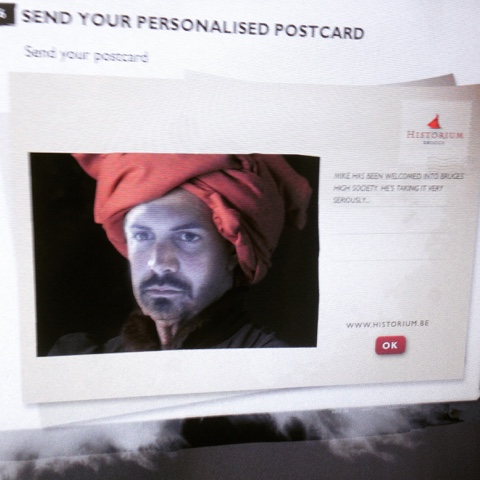 You could put your face in Jan Van Eycks
face! We had some fun with that. Mike too it little too seriously. 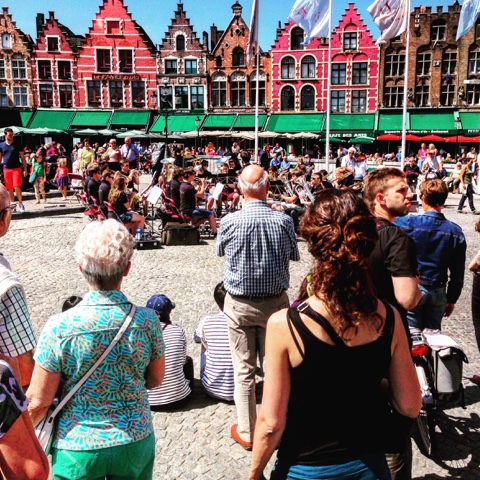 There was a brass band playing in the main square. 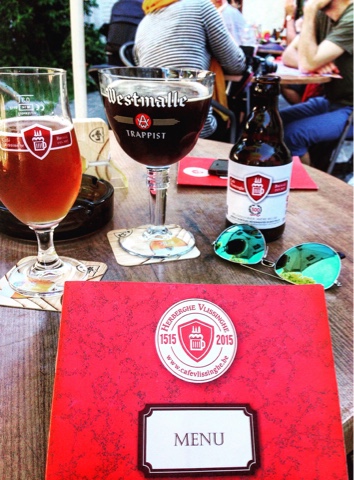 We checked out a bar that has been around for 500 years. Funny story, we met a strange woman who struck up a conversation with us about the weather. Until it led to her asking what our astrological signs were and telling us that we were going to have a child that was a girl. Then she told us she wanted to climb a tree at the bar. She was very drunk. 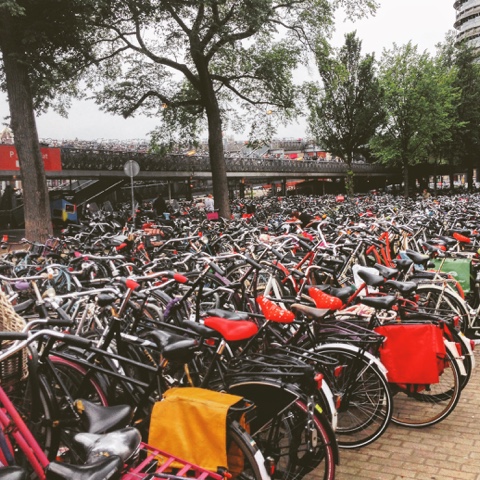 We arrived in Amsterdam from the train station and when we walked out we saw bikes as far as the eye could see. There were two levels more of bikes in the back, and this whole scene duplicated on the other side of the building. We were warned by various people to be hyper aware of all the bikes all around. 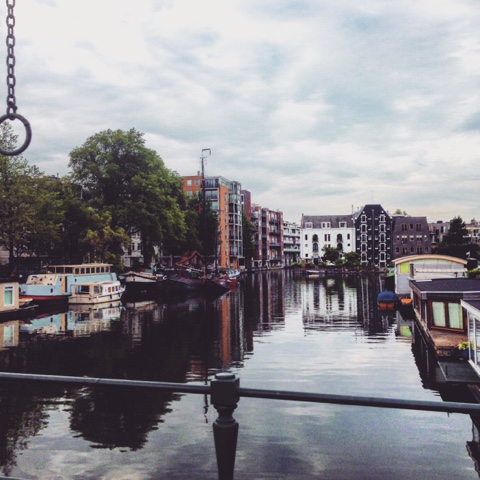 A canal full of house boats on the way into town. 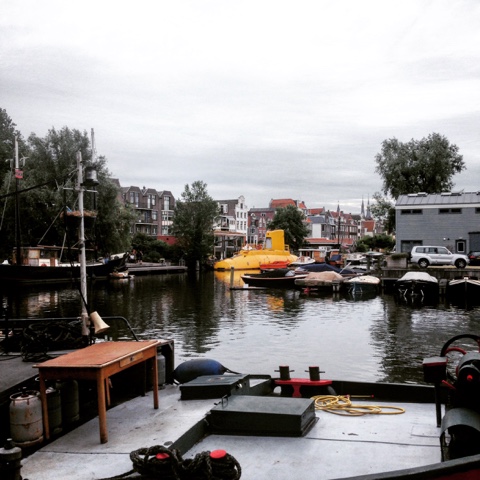 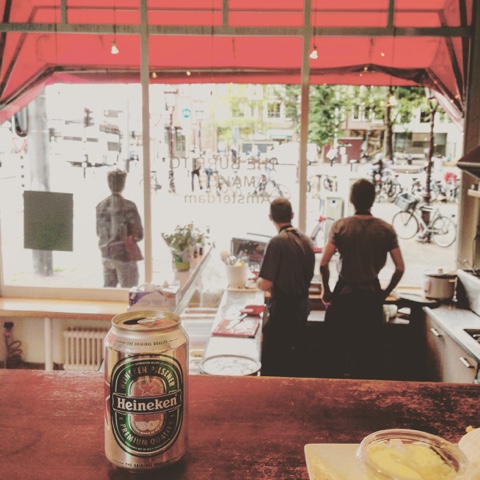 Mike was happy because he could finally get an authentic burrito. Burritos are basically bland everywhere else. The French and Italians don't use a lot of spice especially so it was a good cheap meal.

Tomorrow we discover more of Amsterdam, and possibly see a friend who just moved to the area.